It’s time to save India: Congress 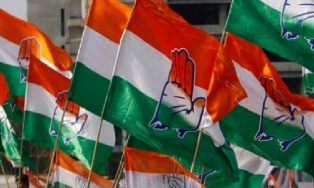 ”Sardar Vallabhbhai Patel tackled the most intricate and baffling problem of the states’ integration into the Union of India. With his tact, powers of persuasion, and statesmanship he managed in less than a year’s time, to reduce the princely states from 562 to 26 administrative units and bring democracy to nearly 80 million people of India, comprising almost 27 percent of the country’s population, Patkar said after paying floral tributes to the portrait of Sardar Patel and Indira Gandhi.

Leader of Opposition in Goa Assembly Yuri Alemao said, ”Iron Lady and former Prime Minister Indira Gandhi sacrificed her life for the country. She conducted herself with remarkable patience and restraint. She won the 1971 India-Pakistan war decisively – splitting Pakistan into two, with the formation of a new country, Bangladesh.”

South Goa MP Francisco Sardinha said Sardar Patel and Indira Gandhi have immensely contributed in nation building and it is the duty of every citizen to follow their ideals which will help in safeguarding democracy.