The Chief Minister said that these are days of ever-changing technological and professional advancements in every field. 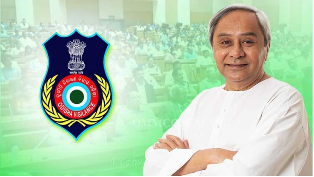 Bhubaneswar: Odisha Vigilance has ranked number one in the country as per the latest NCRB data in the area of detection and registration of disproportionate assets cases, Chief Minister Naveen Patnaik on Monday said.

Joining the state-level function on the occasion of Vigilance Awareness Week on a virtual platform, Patnaik said that it is very encouraging to see that in all major parameters like registration and disposal of corruption cases & conviction of corrupt public servants, Odisha Vigilance is among the top performing anti-corruption agencies in the country.

The Chief Minister said that these are days of ever-changing technological and professional advancements in every field.

A state-level function was organized on the occasion with the theme “Corruption-free India for a developed Nation” and the Chief Minister administered an ‘Integrity Pledge’ to all the officers of the state connected on a virtual platform.

Patnaik said the government has adopted a ‘Zero Tolerance’ approach to corruption so that basic public services are made available to the people at the grassroots level in a fair and transparent manner.

“With proactive steps like ‘Mo Sarkar’, we are also trying to empower the people, who are the ultimate masters in a democracy, for claiming their rightful entitlements”, he added.

The Chief Minister congratulated Odisha Vigilance for its sustained initiatives in combating corruption and called upon all the public servants to show exemplary probity and integrity in their work.

He appealed to the people of Odisha to renew their resolve to fight against corruption and strengthen the transparency and anti-corruption initiatives of the Government.