Moscow and Kyiv have accused each other of shelling the Russian-held nuclear plant, raising fears of a catastrophe. 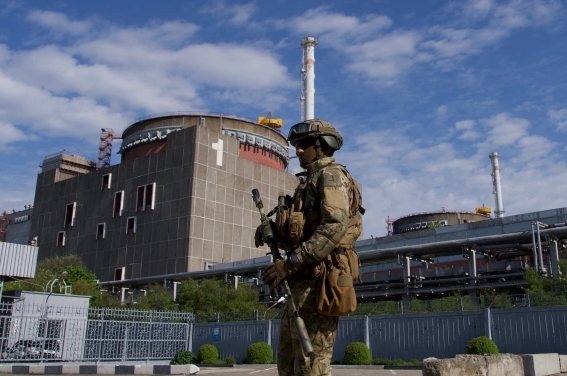 London: Britain, France, Germany, and the US have stressed the need to ensure the safety of nuclear installations threatened by the Ukraine-Russia conflict.

In a phone call on Sunday, the four leaders also reiterated their support for Ukraine against Russia’s invasion, the BBC reported.

Moscow and Kyiv have accused each other of shelling the Russian-held nuclear plant, raising fears of a catastrophe.

Ukraine President Volodymyr Zelensky urged his countrymen to be vigilant ahead of Independence Day celebrations on Wednesday.

“Russia could try to do something particularly disgusting, particularly cruel,” he said in a weekend address. “One of the key objectives of the enemy is to humiliate us,” he added, but “we have to be strong enough to resist all provocation”.

The conflict was the subject of the conference call on Sunday bringing together the UK’s Boris Johnson, US President Joe Biden, his French counterpart Emmanuel Macron and German Chancellor Olaf Scholz, the BBC said.

Following its conclusion, they urged military restraint around the Russian-controlled Zaporizhzhia nuclear power station in southern Ukraine, where renewed fighting has led to fears of disaster worse than that in Chernobyl in 1986.

The leaders welcomed a deal – approved by Russian President Vladimir Putin on Friday – to allow UN inspectors to visit the plant at a future date.

The four leaders also said they had “agreed that support for Ukraine in its defense against Russian aggression would be sustained”.

Ukraine reported more missile strikes on Sunday in the town of Nikopol, near the Zaporizhzhia power station.