Safe return of students from Ukraine is due to India’s growing influence: PM

Big countries of the world are facing several difficulties in doing the same, he added. On Saturday, the Ministry of External Affairs (MEA) said that over 13,300 Indians were brought back to the country. 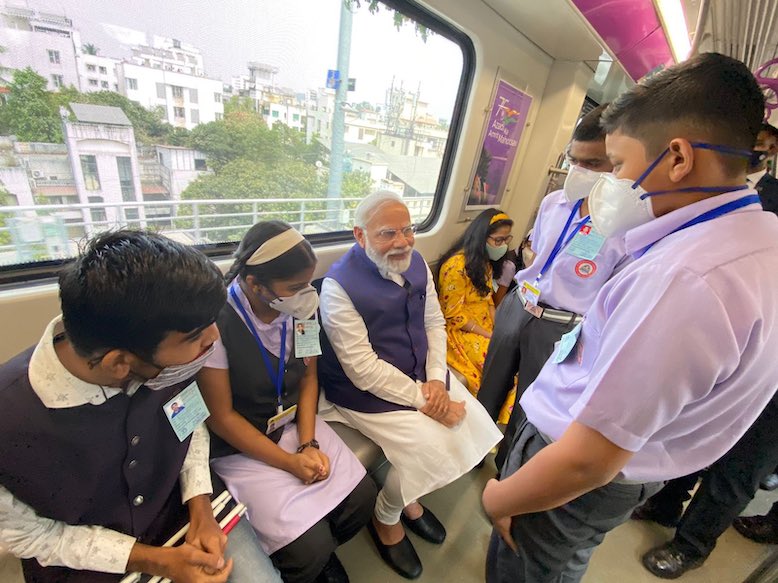 Pune: Prime Minister Narendra Modi on Sunday asserted that it is due to India’s growing influence in the world that thousands of students were brought safely to the country from the war-hit Ukraine.

“By running ‘Operation Ganga’ we are bringing back our students from Ukraine. It is because of India’s growing influence that we brought thousands of students to our country,” Modi said, while addressing the golden jubilee celebrations of the Symbiosis University here.

Big countries of the world are facing several difficulties in doing the same, he added. On Saturday, the Ministry of External Affairs (MEA) said that over 13,300 Indians were brought back to the country.

The PM said, “Our government believes in the strength of the youth. So, we are opening several sectors. Make maximum use of this opportunities,” he said. “Whatever field you are in, the way you set goals for your career, in the same way you should have some goals for the country,” Modi said.

He further said, “Missions like Startup India, Stand Up India, Make in India and Aatma Nirbhar Bharat (Self Reliant India) are representing your aspirations. Today’s India is innovating, improving, and influencing the whole world.”

The PM also said that India has emerged as global leader in the sectors which were previously considered out of reach. “India has become the second largest mobile manufacturer in the world. Seven years ago there were only two mobile manufacturing companies in India, today more than 200 manufacturing units are engaged in this work, “he said.

Even in Defence, the Modi said, India, which was recognised as the world’s largest importer country, is now becoming a defence exporter.

“Today, two major defence corridors are coming up, where the biggest modern weapons will be made to meet the defence needs of the country,” he added.