Thongam Bishwajit Singh said there is no in-fighting or camp among the elected members of BJP for the time being. 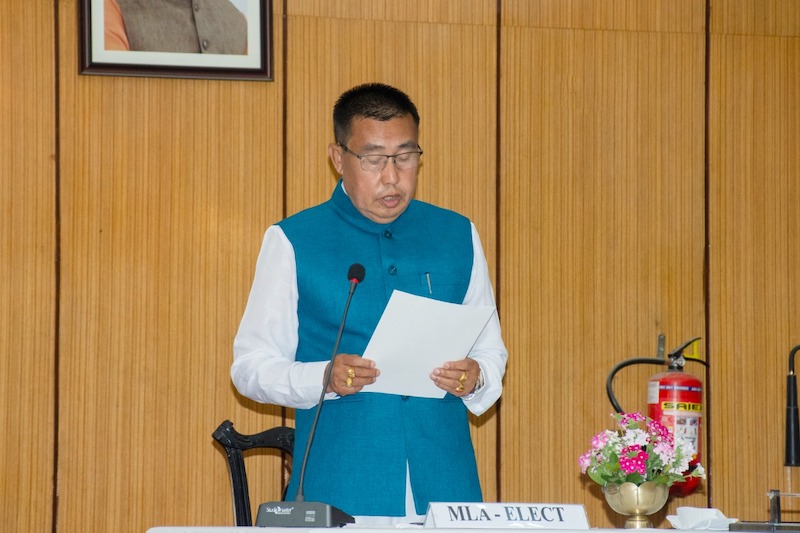 Imphal: Sorokhaibam Rajen Singh was sworn in as Member Elect of Manipur Legislative Assembly today. Governor of Manipur La. Ganesan administered him the oath of office.

When asked about a new government formation in the State, he said, BJP is a well disciplined party and all elected members will abide by the decision taken by the Party’s High Command. There is no in-fight for Chief Ministerial Post, he added.

Thongam Bishwajit Singh while talking to media persons after the swearing-in ceremony said, some baseless news reports have been coming in about the formation of new government in the State.

He said there is no in-fighting or camp among the elected members of BJP for the time being. All members will adhere to the decision taken by the Party’s Parliamentary Board and within a few days we will come to know who will lead the new government in the State, he added.