Now the state Tripura is guardian less because there is a lack of 'Rule of Law', said renowned political experts. 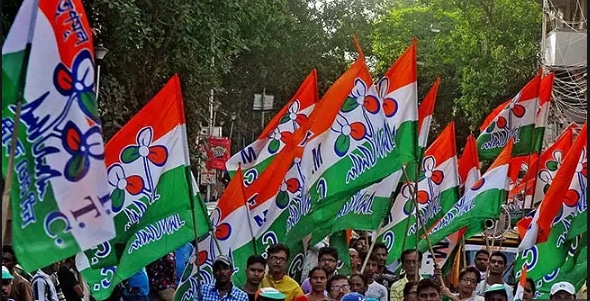 Udaipur (Tripura): The permission for the proposed rally of TMC has been cancelled by the apex institution of state Tripura, no rally of Abhishek Banerjee will be there in Tripura.

The source of Tripura High Court has informed that the court didn’t interfere with the order of the state government, so far there is not any permission to conduct a rally in the state Tripura.

Trinamool Congress (TMC) leaders stand for government formation here in which BJP’s recommended Chief Minister Biplab Kumar Deb ruled with the direction of central leaders of BJP to provide all the benefits of government-sponsored schemes to 4.2 Million (42 Lakhs)Tripura population those who are ethnic and diversified with their rich cultural activities of the population in 2021 which estimated according to Unique Identification Aadhar India, updated 31, Dec 2020, by end of the year 2020 the projected population is 4,169,794.

However, the chances are very less at yet for TMC to form government in 2023 because of fewer numbers of workers at ground level but they have time to establish their political activities in the state of Tripura.

Few important issues are very crucial to get the support of the general people for TMC, the main issues are partiality in administration and government activities without any guidance, unemployment, minimum Rs 300 wage and at least 100 man-days under MGNREGA, proper health service, education facilities and others.

Following the opinion of masses, the people in rural and urban areas are all seat to get away if there is an alternate and capable political party to form the government here in the state Tripura because the main issue like security condition is not so good for journalists, politicians, social activists, academicians and general people too.

Because in compliance with the report published by Tripura Police on a website that the highest number of cases are recorded as the total of IPC 338 numbers in the state Tripura on July 2021.

The crime report shows the number of cases under different categories from January to July in the year 2021for the state Tripura published by Tripura Police in which it reveals total cases in the respective time; Dacoity- 5, Robbery-12, Burglary-83, Theft-205, Murder-70, Rioting-78, Kidnapping-89, Others-1862, Total IPC-2422 and Non-IPC- 430 numbers.

A section of political panellists in the state Tripura and access the country has said that the BJP ruled state Tripura is completely failed to manage people of the state properly due to lack of strong party activists at ground level. The main issue that the panellists’ group said was that the people of Tripura voted BJP to change 25 years old government of CPIM instead of others but the BJP lead government in Tripura failed to rule the state properly due to a lack of knowledge among BJP leaders in case Chief Minister selection.

Now the state Tripura is guardian less because there is a lack of ‘Rule of Law’, said renowned political experts. The source of Intelligence officials under the police department said that the political violence is there in the state but there is not any party to complete with BJP yet. Though TMC is trying to do their level best it will take time because of debt to get efficient leaders for TMC.

It is a fact that the villagers in rural Tripura are being influenced by social media to establish their political decision following their political consciousness, said political conscious people in Tripura.
BJP government was assured that there would be job facilities for unemployed people but the government failed to do it. The condition of unemployment is serious in the state of Tripura. The outcome of a low level of development is low-income levels of people and a high level of unemployment. This has resulted in a very low tax base and therefore, limited scope for internal resource generation.

It is an important figure that recorded 15.6 per cent unemployment in north-eastern state Tripura in August which figures occurs due to some political issues and lack of government planning in view to consider the suitable solution for an unemployed person.

The reports published by the Centre for Monitoring Indian Economy Pvt. Ltd for August in this year the unemployment rate in India is 7.8 per cent which followed by rural unemployment 7.1 per cent and urban unemployment 9.1 per cent. The data shows in case of other north-eastern states are Assam 6.7 per cent and Meghalaya 0.6 per cent.

The report of Economic Review of Tripura published by the Directorate of Economics & Statistics Planning (Statistics) Department, Government of Tripura reveals that the inadequate economic development of Tripura has a natural fall-out in terms of its capacity to generate employment opportunities. The organised private sector employment is practically missing here in the state.

According to SDG India Index- 2019-20, published by NITI Aayog where the unemployment rate in Tripura is 6.8 per cent. The report of Economic Review of Tripura has suggested in the report that entrepreneurship development, rural market linkages with Government’s financial support are required to reduce poverty and unemployment. The state of Tripura has not been able to exploit natural resources due to geographical isolation and communication bottlenecks.