Prof. Shanmughadas  is a writer and film critic from Kerala. He received the National Film Award for Best Film Critic in 1999. 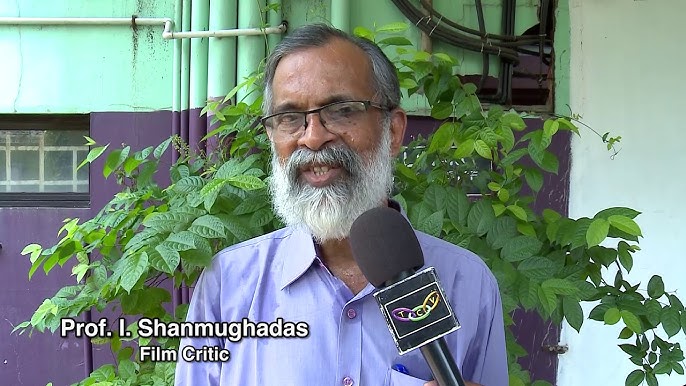 Imphal: Veteran author Prof. I. Shanmughadas has been awarded the Satyajit Ray Memorial Award for outstanding contribution to writing on cinema for the year 2022. He is the second recipient of this award, the first being Aruna Vasudev

The Award was instituted by FIPRESCI-India to commemorate Satyajit Ray’s Birth Centenary (2 May 1921-2021), as per a press note from the President, FIPRESCI-India, V. K. Joseph.

The Award is given on Satyajit Ray’s Birthday to an author to acknowledge her/his outstanding contributions to writing on cinema (books, essays, articles, discourses) in any Indian language (including English) for propagation of film culture which was Ray’s primary area of concern.

Ray started his journey in the field of cinema as a writer and performed his role as an author very seriously throughout his life by writing on cinema both in English and Bengali. His writings on cinema are no less important than his films.

Prof. I. Shanmughadas  is a writer and film critic from Kerala. He received the National Film Award for Best Film Critic in 1999. Born in Ottappalam, Prof. Shanmughadas currently lives in Thrissur. After acquiring a postgraduate degree in English literature, he began his professional life as a teacher in

In the latter half of the 1970s, Shanmughadas started writing articles on cinema. He received the National Award for the best film critic in 1999. “Sanchariyude Veedu”, an exclusive book on the films of Satyajit Ray, won him the State award for the best book on cinema in 1996.