Previous cabinet made mistakes need to be fixed: UK PM

Despite the failures of the previous government, he expressed gratitude to Truss, noting her strong desire to improve the economic situation in the United Kingdom. 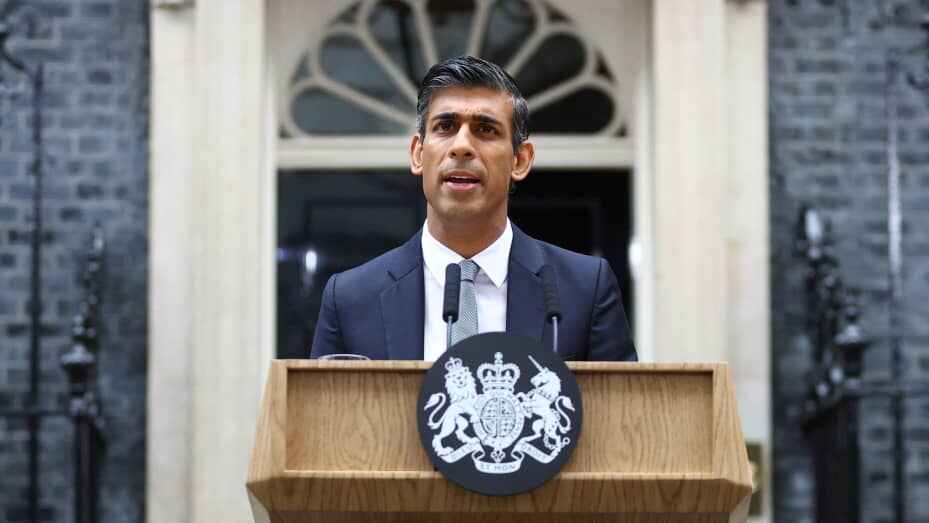 London: Newly appointed UK Prime Minister Rishi Sunak said in his first address to the nation on Tuesday that good intentions of the previous government headed by his predecessor Liz Truss had led to an opposite effect and resulted in some mistakes that must be fixed.

“Some mistakes were made — not born of ill will, or bad intentions. Quite the opposite, in fact. But mistakes, nonetheless. And I have been elected as leader of my party and your prime minister, in part to fix them. And this work begins immediately,” Sunak said.

Despite the failures of the previous government, he expressed gratitude to Truss, noting her strong desire to improve the economic situation in the United Kingdom.

“I want to pay tribute to my predecessor Liz Truss. She was not wrong to want to improve growth in this country. It is a noble aim. And I admired her restlessness to create change,” Sunak added.

The new UK prime minister also pledged to unite the country “not with words, but with action.”

“I will work day in, and day out to deliver for you. This government will have integrity, professionalism, and accountability at every level. Trust is earned and I will earn yours,” he said.

On Monday, former Chancellor of the Exchequer Sunak was elected the head of the ruling Conservative Party and, as such, the new prime minister for the lack of other contenders. On Tuesday, UK King Charles III officially appointed Sunak to the post, while also asking him to form a government.

Sunak became the country’s third prime minister in 2022. In July, then-leader Boris Johnson announced his intention to step down due to accusations of violating COVID-19 regulations, and sexual assault claims against Government Deputy Chief Whip Christopher Pincher. Liz Truss, elected in September to replace Johnson, was only 44 days in office. On October 20, she announced her resignation due to criticism over the government’s new economic plan and the possibility of increasing public debt for its implementation.