PM Modi to participate in G20 summit on Afghanistan virtually

French President Emmanuel Macron has said the Group of 20 meetings should set conditions for recognising the Taliban-led government in Afghanistan, including ensuring that the rights of women and girls are protected. 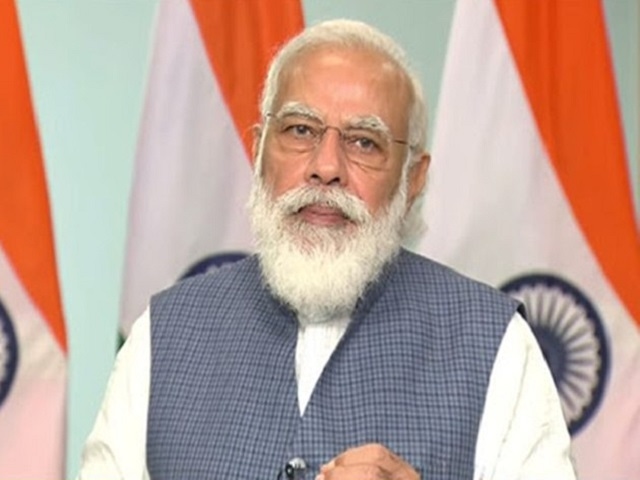 New Delhi: Prime Minister Narendra Modi will participate in the G20 Extraordinary Leaders’ Summit on Afghanistan on Tuesday in virtual format. The Summit is being convened by Italy, the current G20 president.

The agenda of the meeting will include a discussion on response to humanitarian needs and access to basic services and livelihood; security and the fight against terrorism; and mobility, migration and human rights, the Ministry of External Affairs said in a statement.

The G20 comprises 20 of the world’s major economies and is an important platform to help build international consensus and facilitate a coordinated approach between multilateral organizations, including the UN and its agencies, and global and regional actors to address the worsening humanitarian crisis in Afghanistan, the statement said.

French President Emmanuel Macron has said the Group of 20 meetings should set conditions for recognising the Taliban-led government in Afghanistan, including ensuring that the rights of women and girls are protected.

In an interview to France-Inter radio on October 5, Macron said the global powers should tell the Taliban: “You must absolutely give young girls in your country a future, and that is one of the things that we will look at before recognising you.”

He said the Taliban should also allow continued humanitarian operations in the country and refuse to cooperate with “Islamist terrorist groups” in the region.

Macron said it shouldn’t be only Western powers setting such conditions but they should also “convince regional powers, powers that don’t necessarily have the same values as we do on all issues, to act together”.

Italian Prime Minister Mario Draghi, while calling for the G20 meeting, said that “it’s the duty of the world’s richest countries to do something to avoid a humanitarian catastrophe.”

The summit will also look at what measures the international community can take to prevent Afghanistan from becoming a “hotbed of international terrorism,” according to Draghi, whose country holds the rotating presidency of the G20 forum.