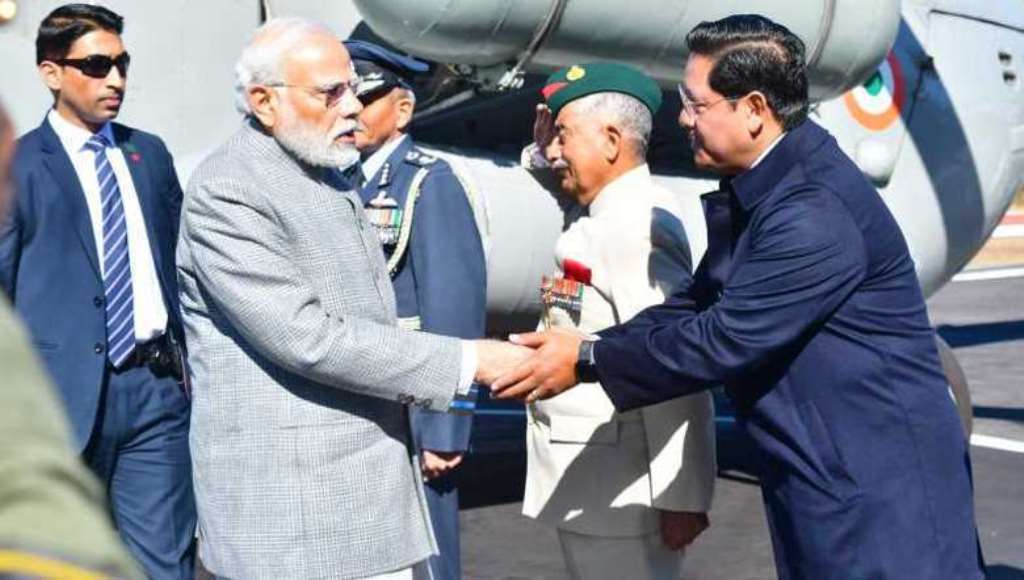 The Prime Minister will later hold a public rally at Polo grounds in which he is going to announce multiple projects worth over Rs 2450 crore.

This is Modi’s second visit to the state. He was earlier in the state capital in 2017 in which he attended the plenary of the NEC and later addressed a public rally at the Polo grounds.

The Prime Minister will dedicate to the nation 4G mobile towers, of which more than 320 have been completed and around 890 are under construction.

He will also inaugurate the new campus of IIM Shillong at Umsawli and the Shillong – Diengpasoh road. This road would provide better connectivity to new Shillong Satellite Township and would help decongest traffic in the state capital.

The Prime Minister would also inaugurate the spawn laboratory at the Mushroom Development Center (MDC) and the Integrated Beekeeping Development Centre (IBDC). The MDC would help enhance mushroom spawn production and also provide skill training for farmers and entrepreneurs.

The IBDC on the other hand would help improve the livelihood of beekeeping farmers through capacity building and technology upgradation. Further, he will inaugurate 21 Hindi libraries in Mizoram, Manipur, Tripura and Assam.

Modi would also lay the foundation stone of the Integrated Hospitality and Convention Centre at Tura and Shillong Technology Park Phase -II.

The Technology Park Phase -II will have a built-up area of about 1.5 lakh square feet. It will provide new opportunities for professionals and is expected to create more than 3000 jobs.

The Integrated Hospitality and Convention Centre will have a convention hub, guest rooms, food court etc. It will provide the necessary infrastructure for promoting tourism and showcasing cultural heritage in the region.