"The recent years have been great for sports. May this trend continue. May sports keep gaining popularity across India." 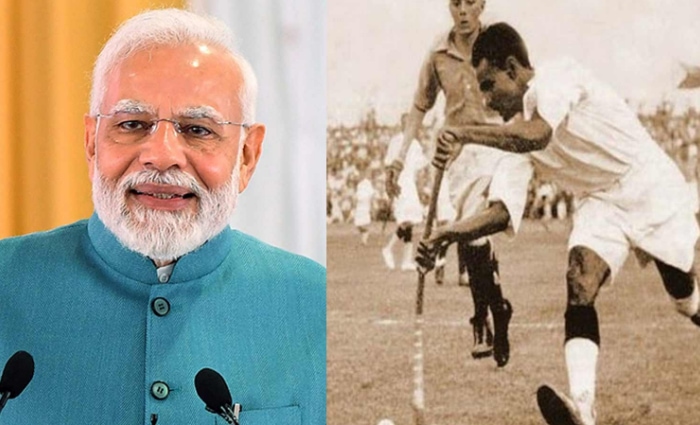 The PM in a tweet said: “Greetings on National Sports Day and tributes to Major Dhyan Chand Ji on his birth anniversary.

“The recent years have been great for sports. May this trend continue. May sports keep gaining popularity across India.”

Over the years, the government has also used this day as a platform to launch various sports schemes, including the Khelo India movement, which was announced by Prime Minister Narendra Modi in 2018.

Star of the Indian hockey team who had dominated the sport in the years before World War II, Dhyan Chand played an important role in helping India complete their first hat-trick of Olympic gold medals with wins at 1928, 1932, and 1936 Summer Olympics.

The hockey legend’s career spanned from 1926 to 1948 and ended as one of the greatest hockey players of all time after having represented India in 185 matches and scored over 400 goals during this period.

While he retired as a Major in the Punjab Regiment of the Indian Army in 1956, the Indian government went on to confer the Padma Bhushan – the third-highest civilian award – the same year.

On the occasion of National Sports Day this year, the Ministry of Youth Affairs and Sports (MYAS) is organizing the ‘Meet The Champion’ initiative in 26 schools across the country.

Sports Authority of India celebrates this year’s National Sports Day, as part of the FIT INDIA campaign, through pan-India sports events with the theme of ‘Sports as an enabler for an inclusive and fit society’.

Sporting events are organized for different levels, including both professional as well as recreational events among people of various age groups, and of all walks of life.