Eisha has reached Nepal for her mission and is scheduled to reach the summit by month-end. 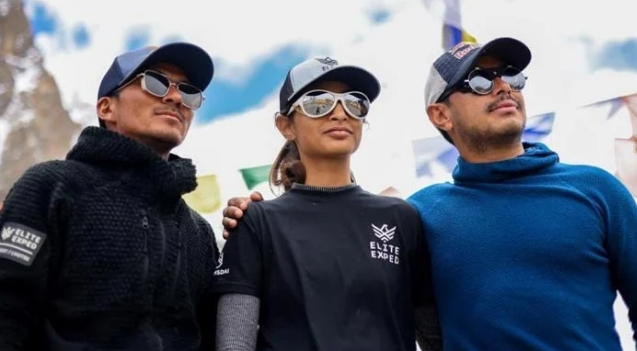 The 16-year-old emerging alpinist has set her eyes on becoming the youngest climber to summit 8,163m-Mt Manaslu, Geo TV reported.

Eisha has reached Nepal for her mission and is scheduled to reach the summit by month-end.

If successful, she will break the record of Vajpai who climbed Manaslu at the age of 18 in 2011. She will also become the youngest Pakistani to summit any 8-thousander in the world.

Eisha will celebrate her 17th birthday on November 30, the report said. The daughter of an army officer, Eisha targeted to summit Manaslu in July but had to abort due to bad weather and rock fall. She will be guided by world record holder Nirmal Purja of Nepal.

Vajpai, now 29, climbed Mount Everest in 2010 at the age of 16 years, 11 months, and 18 days, becoming the youngest Indian to climb Everest at that time. In 2018, he became the youngest to summit six out of 14 8000ers after climbing India’s highest peak Mt Kangchenjunga.