MQM-Pakistan also expressed concerns over the tense law and order situation in the province. 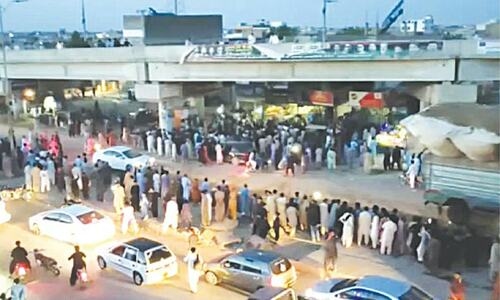 Islamabad: Ethnic tensions flared up in several districts of Sindh province after the killing of a 35-year-old man at a hotel in Hyderabad a couple of days ago, Dawn reported on Friday.

Leaders from across the political spectrum called upon the people for calm, urging them not to let rogue elements disturb the social harmony of the province.

This is after several incidents of violence were reported in the province on Thursday, where shops and hotels owned by Pashtuns were attacked and forcefully closed, allegedly by Sindhi nationalists.

On Thursday, several political parties, including JI, MQM-Pakistan, Awami National Party, and nationalist leaders Jalal Mehmood Shah and Ayaz Latif Palijo issued statements, urging both Sindhis and Pashtuns — the two groups at the heart of these tensions — to demonstrate restraint. They also demanded the government take prompt action to defuse the tensions.

Memon said that an accused has been arrested in connection with the murder while the remaining culprits will be arrested soon. He assured that those involved in the ransacking of properties will also be brought to justice.
He urged the two leaders to issue a joint statement urging calm and requesting people to maintain harmony.

MQM-Pakistan also expressed concerns over the tense law and order situation in the province.

In a statement, MQM-P’s coordination committee said the killing of a man has been used to instigate disharmony and pit two ethnicities against each other.

While condemning violence, the statement added that all ethnicities should be free to do business all over the country.