“It is reported that fire was in wooden furniture inside the restaurant which has been doused,” said a DFS official. 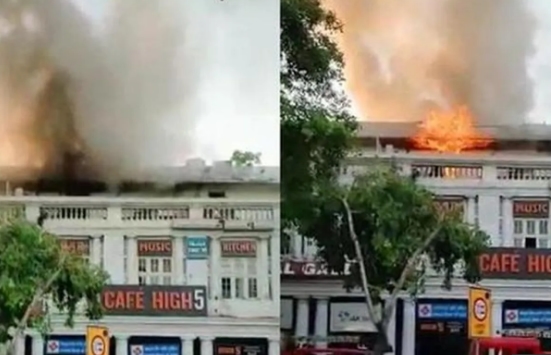 New Delhi: A fire broke out at a restaurant in Delhi’s Outer Circle Connaught Place area early in the morning on Friday.

According to Delhi Fire Service, a call regarding a fire at a restaurant was received at around 0532 hours. On this information, six fire tenders were rushed to the spot to douse the blaze.

Now the blaze has been brought under control and the cooling process was underway. No casualty has been reported so far, informed DFS.

“It is reported that fire was in wooden furniture inside the restaurant which has been doused,” said a DFS official.

Yesterday, a fire incident was reported at a hotel in Central Delhi’s Paharganj area early in the morning.

During the blaze in the hotel, around 10 persons were rescued safely from the site.

The inquiry was being conducted in this matter.