The number of such vehicles ranges between 1 lakh and 5.44 lakh for Jharkhand, Uttarakhand, Chhattisgarh, Himachal Pradesh, Puducherry, Assam, Bihar, Goa, Tripura and the union territories of Dadra-Nagar Haveli and Daman and Diu. 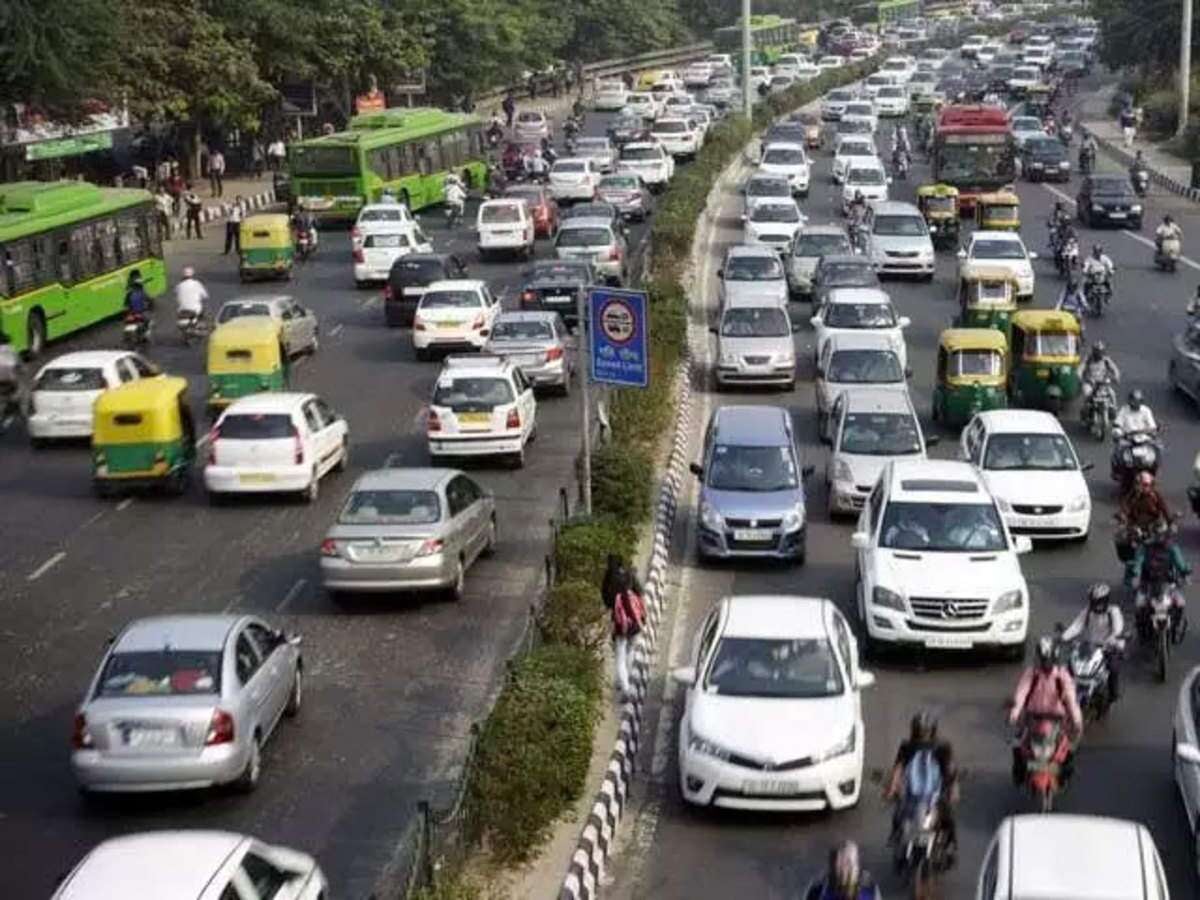 New Delhi: Over four crore vehicles older than 15 years are plying on roads pan-India and fall under the ambit of green tax, with Karnataka occupying the top slot with more than 70 lakh such vehicles.

The Ministry of Road Transport and Highways has digitised the data of such vehicles throughout the country, excluding Andhra Pradesh, Madhya Pradesh, Telangana and Lakshadweep as their records were not available.

A proposal to levy green tax has already been sent to the states, the PTI reported.

More than four crore vehicles have been found to be older than 15 years, including over two crore which are more than 20 years old, as per the data.

The digitised vehicle records are as per the centralised Vahan database that excludes “Andhra Pradesh, Madhya Pradesh, Telangana, and Lakshadweep”, the ministry said.

Uttar Pradesh occupies the second spot with 56.54 lakh vehicles, of which 24.55 lakh are older than 20 years.

The capital Delhi is at the third place in terms of old and polluting vehicles at 49.93 lakh, of which 35.11 lakh are older than 20 years.

The digitisation of vehicle numbers revealed that Kerala has 34.64 lakh such vehicles, followed by 33.43 lakh in Tamil Nadu, 25.38 lakh in Punjab and 22.69 lakh in West Bengal.

Maharashtra, Odisha, Gujarat, Rajasthan and Haryana have these vehicles in the range of 17.58 lakh and 12.29 lakh.

The number of such vehicles ranges between 1 lakh and 5.44 lakh for Jharkhand, Uttarakhand, Chhattisgarh, Himachal Pradesh, Puducherry, Assam, Bihar, Goa, Tripura and the union territories of Dadra-Nagar Haveli and Daman and Diu.

Rest of the states have such old and polluting vehicles below one lakh each, as per the central data.

The government plans to impose a green tax on old vehicles soon in a bid protect the environment and curb pollution.

Vehicles like strong hybrids, electric vehicles and those running on alternate fuels like CNG, ethanol and LPG will be exempted. The revenue collected through the green tax will be utilised for tackling pollution, as per the ministry.

Road Transport and Highways Minister Nitin Gadkari in January this year had approved a proposal to levy a ‘green tax’ on old vehicles which are polluting the environment.

The proposal has been sent to the states for consultation before it is formally notified.

Green tax is imposed by a few states/UTs at different rates at present.

Under the scheme, transport vehicles older than eight years could be charged green tax at the time of renewal of fitness certificate at the rate of 10 to 25 per cent of road tax.

Personal vehicles will be charged green tax at the time of renewal of registration certification after 15 years; public transport vehicles, such as city buses, will be levied lower green tax; while higher green tax (50 per cent of road tax) is proposed for vehicles being registered in highly polluted cities.

Differential tax will also be charged depending on fuel (petrol/ diesel) and the type of vehicle.

Apart from strong hybrids, electric vehicles and alternate fuels like CNG, ethanol, LPG etc, vehicles used in farming, such as tractors, harvestors and tillers, will be exempted from the tax.

According to the ministry, the revenue collected from the green tax will be kept in a separate account and will be used for tackling pollution.

The states will be required to set up state-of-the-art facilities for emission monitoring.

Listing the benefits of the green tax, Gadkari had said it will dissuade people from using vehicles which damage the environment and motivate them to switch to newer, less polluting vehicles.

The government earlier this month unveiled the finer details of the vehicle scrapping policy that provides that about 5 per cent rebate on new cars would be offered to buyers on scrapping of old vehicles.

Gadkari has termed it a “win-win” policy that will help improve fuel efficiency and reduce pollution.

The voluntary vehicle scrapping policy announced in the Union Budget for 2021-22 provides for fitness test after 20 years for personal vehicles, while commercial ones would require it after the completion of 15 years.