Over 4.5 cr cases pending with courts across India

According to an analysis by thinktank PRS Legislative Research, pendency of cases across courts has grown by 2.8 per cent per year between 2010 and 2020, and on September 15, 2021, over 4.5 crore cases were pending in courts. 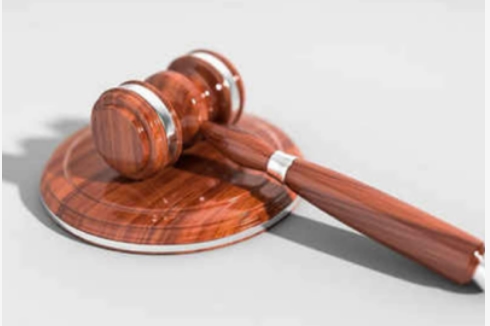 New Delhi: Over 4.5 crore cases are pending with courts across India, and if no new cases are filed, and almost 21 per cent of cases in High Courts and 8 per cent in subordinate courts have been pending for over 10 years, a report said on Wednesday.

According to an analysis by thinktank PRS Legislative Research, the pendency of cases across courts has grown by 2.8 per cent per year between 2010 and 2020, and on September 15, 2021, over 4.5 crore cases were pending in courts.

This means that even if no new cases were to be filed, the time taken by courts to dispose of all the pending cases at the current disposal rate would be 1.3 years for the Supreme Court and three years each for High Courts and subordinate courts.

This is also coupled with vacancies in the judiciary that contribute to high pendency of cases.

On September 1 this year, 42 per cent of the total sanctioned posts for judges were vacant (465 out of 1,098) in the High Courts, while five High Courts – Telangana, Patna, Rajasthan, Odisha, and Delhi, had more than 50 per cent vacancies.

Special courts such as Fast Track Courts (FTC) which were set up to ensure speedy disposal of cases have also witnessed high pendency and vacancies.

However, in the two decades since FTCs were first set up, pending cases in both subordinate courts, as well as these Fast Track Courts, have continued to increase.

At the end of May 2021, over 9.2 lakh cases were pending in 956 Fast Track Courts across 24 states and Union Territories.

The report also said that the pendency of cases for long periods has resulted in a large number of undertrials in India’s prisons. At the end of 2019, of the nearly 4.8 lakh prisoners, 3.3 lakhs, which is around two-third of the total number of prisoners, were undertrials.

The report added that High Courts of Madras, Rajasthan, and Punjab and Haryana had much higher pendency compared to High Courts of Calcutta and Patna, which serve relatively larger populations.

Between 2010 and 2020, pendency decreased in only four High Courts – Allahabad, Calcutta, Odisha, and Jammu and Kashmir and Ladakh. Among subordinate courts, between 2010 and 2020, courts in most states, including Uttar Pradesh, Maharashtra, and Bihar, witnessed an increase in pending cases.

Pending cases declined in the subordinate courts of a few states including West Bengal and Gujarat.