One killed, another injured as CRPF jawans open fire at each other

The injured Head Constable was admitted to Government Hospital, EturuNagaram for treatment. 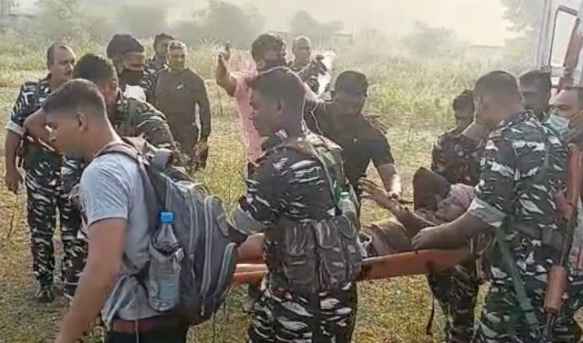 Mulugu: A Central Reserve Police Force (CRPF) Sub-Inspector was killed and another CRPF head constable was seriously injured when they opened fire at each other at their camp office located at Venkatapuram Village in this district on Sunday.

Police said the CRPF jawans had a quarrel with each other regarding the preparation of food which soon escalated resulting in both of them opening fire at each other which resulted in the death of the Sub-Inspector on the spot while the head constable was grievously injured on his head and stomach.

The injured Head Constable was admitted to Government Hospital, EturuNagaram for treatment.

A case has been registered and an investigation is underway, the police added.