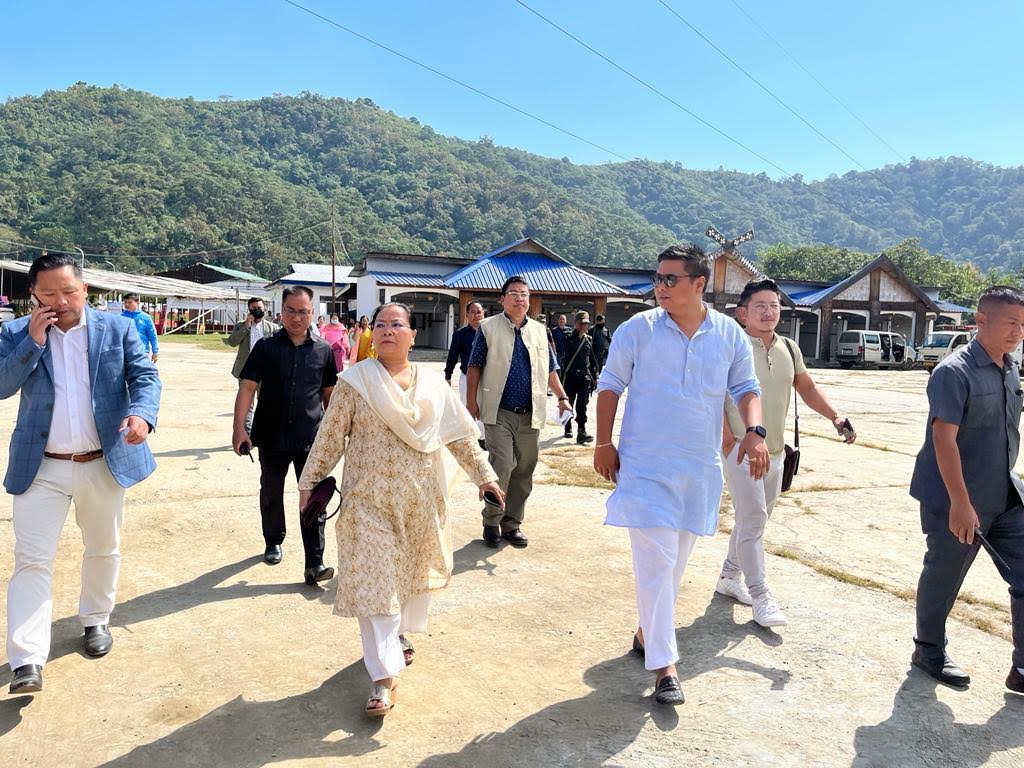 While interacting with the officers and officials of the Directorate of Handloom & Handicrafts, Government of Manipur during the visit, Nemcha Kipgen sought their cooperation and dedication for the success of this year’s edition of MANITEX.

This year’s edition of MANITEX will have 124 stalls altogether including 10 international stalls and 10 stalls from other States of the country.

MANITEX’s main objective is to showcase all the products of handlooms, handicrafts, dyeing & printing, power loom, garment, embroidery and costume on a larger scale with the participation of different States and countries in the MANITEX.

Brand promotion of local products with MANITEX Fashion Week to groom export potential entrepreneurs. Laying of foundation, inauguration and distribution during MANITEX.  Developing a road map for inclusive development of the textile industry in Manipur.