A reliable source in the State NRC office, informed that at least three editor- anchor-journalists of Assamese satellite news channels were also beneficiaries to the financial irregularities 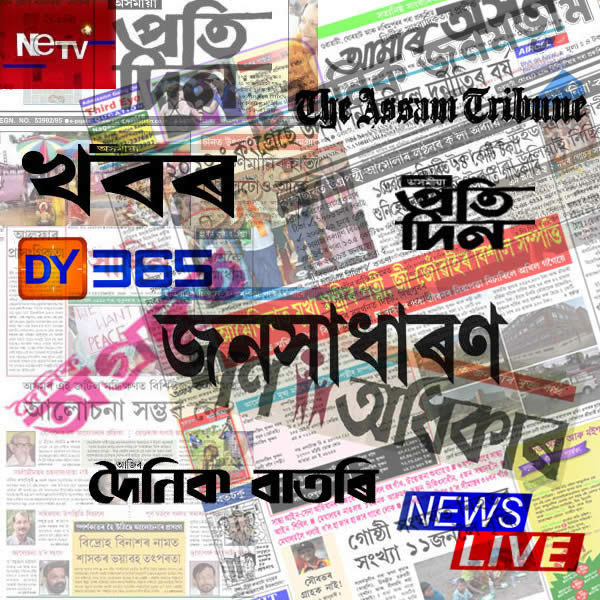 When a second first information report (FIR) was filed by the outgoing State coordinator of National Register of Citizens (NRC) against his predecessor alleging corruption and money laundering while updating the 1951 NRC in Assam, nobody thought it would bring out a hot media debate among the social media users. NRC State coordinator Hitesh Dev Sarma, who is retiring soon, lodged the complaint with the Assam government’s vigilance and anti-corruption wing accusing Prateek Hajela, who earlier served as the State NRC coordinator, of money laundering. Hajela, an Indian Administrative Services officer- presently serving Madhya Pradesh government- is an Indian Institute of Technology, Delhi graduate and cleared IAS in 1995 (Assam-Meghalaya cadre). He was appointed by the Tarun Gogoi government in 2013 as the State NRC coordinator following an order of the Supreme Court of India.

Leaving aside Hajela’s probable individual dishonesty, the issue of corruption touched some Guwahati-based television editor-journalists too. So the questions are being raised, if some media persons are involved in a financial scam, shouldn’t the people get an opportunity to identify them? As the mainstream newspapers and news channels of Assam are avoiding the issue in their coverage, how come the actual picture will come to the public domain? If the media outlets intentionally kill the news, reasons best known to the editors, should the social media users take a lead? A number of social media users (many of them are senior journalists with decades long experience) highlighted the issue and the message was loud and clear ‘to identify the corrupt television journalists who grabbed a huge amount of money which is actually meant for thousands of Assamese professionals’.

The issue is amazing. Dev Sarma, also an IAS officer, claimed in his complaint that the engaged system integrator (Wipro Limited) indulged in corruption while updating the 1951 NRC in Assam (the process began in 2014 under supervision of the country’s apex court). In his complaint on 13 June 2022, Dev Sarma asserted that a huge financial mismanagement had taken place during Hajela’s tenure as the NRC head. He added that for conducting the NRC updation process, Wipro (system integrator) was given the task of supplying data entry operators (DEOs). It was not permitted to subcontract any activities related to system design & development, deployment and enhancement of NRC software solution, data centre operation, etc. But Wipro engaged sub-contractors for providing data entry operators without any prior approval from the appropriate authority.

“From the office record, it was found that the then State coordinator was aware of the fact that the sub-contractors were being used to gather DEOs, though he did not officially approve the particular proposal,” said Dev Sarma in his complaint. The Wipro was paid Rupees 14,500 to 17,500 per month per DEO (by the NRC authority), but ‘the DEOs got only Rs 5,500 to 9,100 per month’ during the years (2015 to 2019), added Dev Sarma asserting that the DEOs were denied even the least amount as per the country’s minimum wage act. Some DEOs even came to the streets demanding their due amounts. They claimed that out of 7000 young workers, a large number of DEOs were deprived of their money, where the entire NRC updation process in Assam cost Rs 1,600 crore (paid by the government authority). The DEOs also approached the State labour commissioner office with demands for their legal and regular payments. They also suspected some non-existent DEOs, who were also shown as duly paid.

Even the Accountant General of Assam in a provisional audit report observed that ‘the difference of margin ranged from 45.59 to 64.27 percent was exorbitant and audit assessed that undue benefit of Rs 155.83 crore was allowed to SI/labour contractor after allowing 10 percent reasonable profit margin to the contractor’. Describing the undue benefit to the tune of Rs 155.83 crore, Dev Sarma asserted in his FIR that it’s reasonable to suspect that kickbacks and money laundering must have occurred in the process. The provisional audit report also identified an ‘avoidable expenditure to the tune of Rs 10.73 crore’ in connection with the engagement of third-party monitoring consultants. As per the amended delegation of financial power rules, for the expenditure of more than Rs five crore, the then State coordinator should have obtained an approval from the empowered committee, headed by the chief secretary, or from the Registrar General of India.

But the then State coordinator engaged the consultants without taking approval from the concerned authority, added it. Citing the same audit report, where it observed that ‘entire expenditure of Rs 10.73 crore made against the engagement of consultants was unjustified and avoidable which resulted in extra burden to the government exchequer and undue benefit to the SI (Wipro) to that extent’, Dev Sarma claimed that a large volume of government money was siphoned off in a fraudulent manner. A reliable source in the State NRC office, informed that at least three editor- anchor-journalists of Assamese satellite news channels were also beneficiaries to the financial irregularities. Those media persons took sub-contracts to supply DEOs and got a sizable percentage of money. It is understood that the large volume of money, actually meant for DEOs, were fraudulently grabbed by those television scribes.

Now will it be possible to identify those scamster scribes? If one trusts in Dev Sarma, it’s yes. He mentioned in his FIR that one Proloy Seal worked as a middleman in the entire process. Seal was neither an employee of the State coordinator’s office nor a contractor engaged by it. But his presence was always seen in the office. In reality he was the key person in managing all the kickbacks, said Dev Sarma. He argued that a detailed investigation into the transactions and accounts/balance sheets of the concerned persons would prove the money laundering and finally it would help in identifying corrupt individuals including those television personalities. However the case is yet to be officially registered and it has been ignored by the concerned authority seemingly for the oppositions raised by a powerful lobby. But the question remains, why the lobby is working against the move to bring all those guilty individuals under the purview of laws.

And shockingly, no news channels and newspapers in Guwahati have shown interest in following up the pertinent issue. Assam with over 30 million population supports over 30 morning daily newspapers in different languages (many of those however vanished during the Covid-19 induced lockdown) with a large number of Assamese periodicals and magazines. Guwahati also supports nearly ten satellite news channels (most of those are free-to-air).  Their cumulative quality readership (and viewership) may reach up to 3.5 million, but the number of social media users in the state should cross 4.5 million. Questions being raised in public domain, should not the people of Assam (also the entire nation) enjoy their right to get a true picture about the financial irregularities engineered during the NRC updation process in the State?

Moreover, while the social media outlets are pouring the speculation terming many editor-journalists  as beneficiaries of the multi-crore rupees NRC updation scam, should not it become the  responsibility of the concerned section to clarify its stand? Why not the so-called celebrity editor-journalists (including the news channel proprietors) come together to declare publicly that nobody from their organisations were involved with the specific financial irregularities? If involved, that would be his/her responsibility to defend in the concerned platforms. The mysterious silence may be interpreted by the common people as all of them are either corrupt (who got personal benefits out of the NRC corruption ) or cowardly in nature to speak the truth. After all, what more they are waiting for !

The author is a Guwahati-based journalist, who writes for various media outlets based in different parts of the globe.