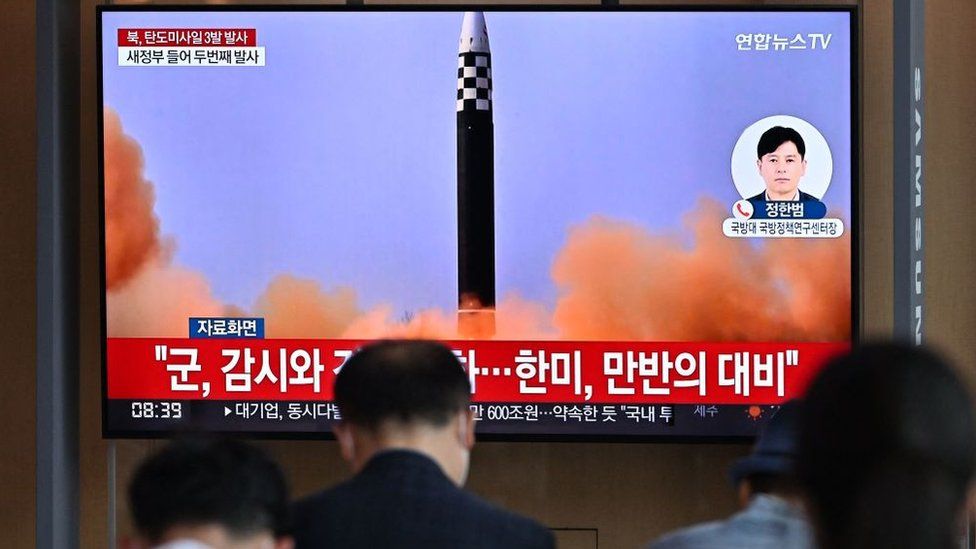 South Korea’s Joint Chiefs of Staff said the first missile was launched at 6am local time (21:00 GMT) on Wednesday, followed by the second launch 37 minutes later and the third five minutes after that.

This year North Korea has carried out a record number of missile launches, including a test of its biggest intercontinental ballistic missiles since 2017, leading to the US issuing warnings that Pyongyang was poised for more weapons tests as President Biden headed to South Korea and Japan, in his first visit to the region as president.