Ganga Prasad paid homage to the statue of Netaji Subhash Chandra Bose at the INA Museum Complex by offering a floral tribute. 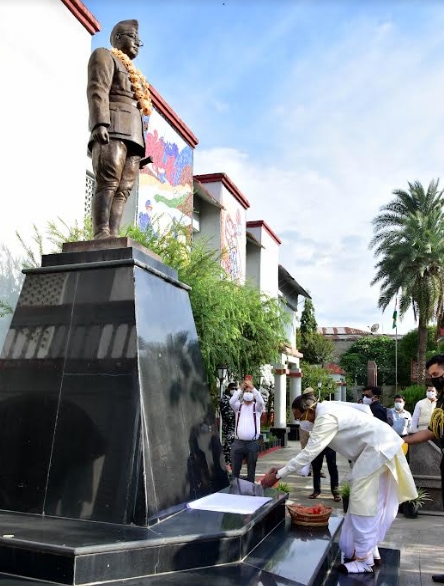 Imphal: Governor designate of ManipurGanga Prasad visited the Indian National Army (INA) Museum at Moirang Thursday afternoon. He visited the place shortly after swearing-in as the new Governor of Manipur.

Ganga Prasad paid homage to the statue of Netaji Subhash Chandra Bose at the INA Museum Complex by offering a floral tribute. Later, he inspected the exhibition gallery of the museum where pictures, artifacts and items relating to the freedom fighter and the movement of INA have been preserved.

Speaking to media persons, the new Governor said that visiting this place compelled him to remember the supreme sacrifices made by Netaji Subhas Chandra Bose and the fire he ignited in the minds of the youth during the Indian freedom movement. He also appreciated the great freedom fighter for his vision at that time, and added that recalling the life of Netaji through this museum will surely inspire the younger generation.