The main pitch in the Kalinga Stadium as well as the practice pitch has been re-laid, while Rourkela will feature brand new pitches that are certified by the International Hockey Federation (FIH). 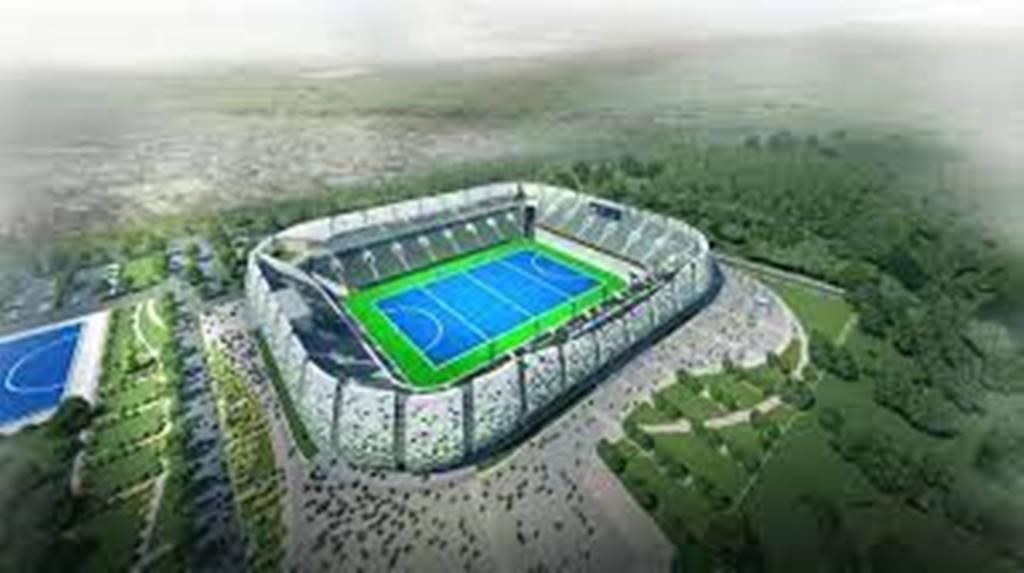 Bhubaneswar: Ahead of the FIH Odisha Hockey Men’s World Cup 2023 Bhubaneswar-Rourkela, four new pitches have been laid and all-set for action in the state-of-the-art venues here at Kalinga Hockey Stadium as well as the Birsa Munda Hockey Stadium in Rourkela.

The main pitch in the Kalinga Stadium as well as the practice pitch has been re-laid, while Rourkela will feature brand new pitches that are certified by the International Hockey Federation (FIH).

The FIH Odisha Hockey Men’s World Cup 2023 Bhubaneswar – Rourkela will be the 15th edition of this highly prestigious event.Matches will be played in the new “jewel” of hockey, the Birsa Munda Hockey Stadium in Rourkela, and at the iconic Kalinga Hockey Stadium in Bhubaneswar, where so many wonderful pages of hockey’s history have been written.

The top 16 teams from around the world, including India, will compete in the prestigious event, which will take place from 13 to 29 January 2023.

The 16 teams have been divided into four pools, with India in Pool D alongside England, Spain, and Wales.

Bhubaneswar will host 24 matches, including cross-overs, quarterfinals, semifinals, and finals, while Rourkela will host 20, with India hosting the first two league matches on January 13 and 16, 2023.

“I am very happy to note that all four newly laid pitches certified by FIH are ready to be used. Both Kalinga Hockey Stadium and Birsa Munda Hockey Stadium will provide world-class facilities for the participating teams and the spectators. We are grateful to the Odisha State Government who have left no stone unturned in ensuring this edition of the World Cup will be a memorable one for everyone,” said Padma Shri Dr Dilip Tirkey, President, Hockey India.

India has also been the proud host to the 2010 and 2018 editions of the FIH Men’s Hockey World Cup.