In the first match, Manipur defeated Mizoram 2-0, while Arunachal came from behind to beat Sikkim 5-1 in the second. 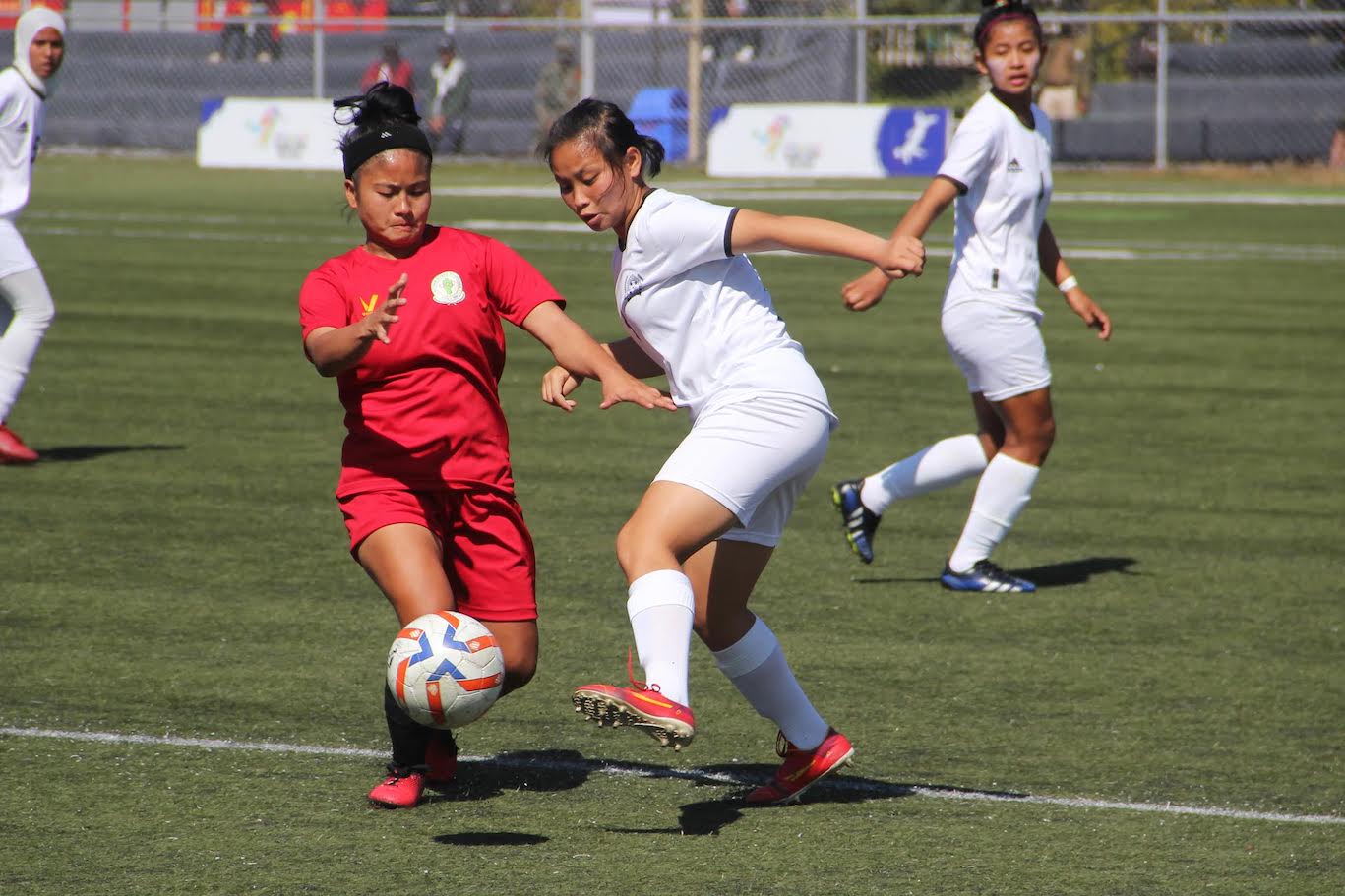 Shillong: Manipur and Arunachal Pradesh will meet in the final of the U-17 women’s football competition at the 2nd North East Olympic Games 2022 after they both came through their respective semifinals at the MFA Turf in Polo Ground here Monday.

In the first match, Manipur defeated Mizoram 2-0, while Arunachal came from behind to beat Sikkim 5-1 in the second.

Manipur had cruised into the last-four thanks to wins over Assam and Sikkim by identical 6-0 margins in the group stage. Today, however, they had a tough fight against Mizoram, who gave it their all on the pitch but came up just a little short.

It took until the 35th minute before Manipur found their first goal, brought about by a fantastic long-range strike by captain H Shilky Devi, whose placement was sublime. Although Mizoram tried to find an equaliser, they could not break the Manipur back line and U Luxmi Devi’s (90’+3) goal in second half stoppage time put the exciting game to bed.

Later, Laxmi Tamang put Sikkim in front in only the third minute but Arunachal equalised less than 10 minutes later thanks to Kai Rumi (12′). Angel Tayang (41′) then made it 2-1 in Arunachal’s favour before half time.

Arunachal were then able to further extend their lead in the second half thanks to Gianai Ramching Mara (57′), Rumi (71′) and Tayang (88′).

The final will take place on Wednesday at a time to be confirmed. Tomorrow, the bronze medal matches will be held, with Nagaland and Manipur facing off at 9am in the U-21 men’s category before Mizoram face Sikkim at 4:30pm.