Heatstroke: Over 14,300 Japanese hospitalised in one week 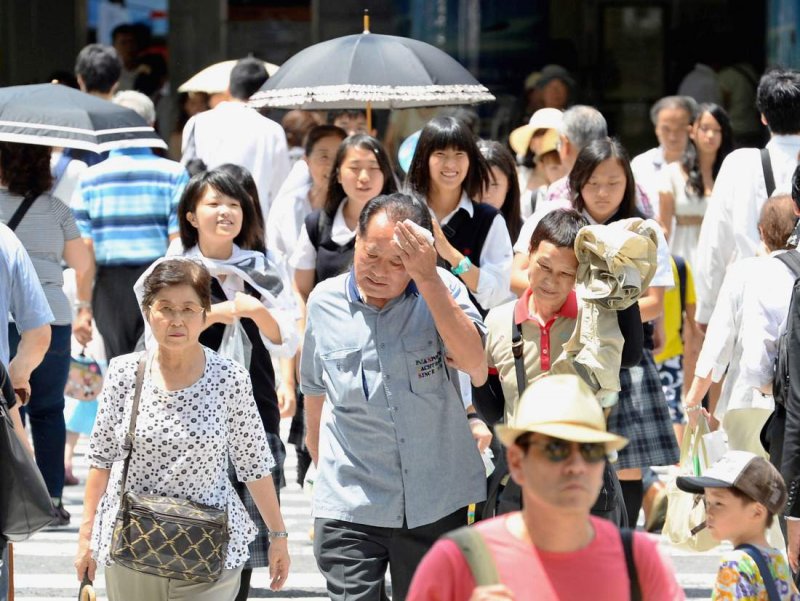 Tokyo: Over 14,300 people have been hospitalised with heatstroke in Japan from June 27 to July 3 while 27 people have died as a record-breaking heat wave continues to persist in Japan, the Fire and Disaster Management Agency of the Japanese Ministry of Internal Affairs said on Tuesday.

The overall number of hospitalizations in Japan in a week totaled 14,353, which is three times higher than the week prior, when the number was 4,551.

Currently, amid the advance of cyclone Aere, which brought heavy rains, the temperature in the southern and southwestern parts of the Japanese archipelago has slightly decreased. In most areas, it fluctuates between 29 to 31 degrees Celsius.