According to the police, the caller has been identified and is from Bihar. 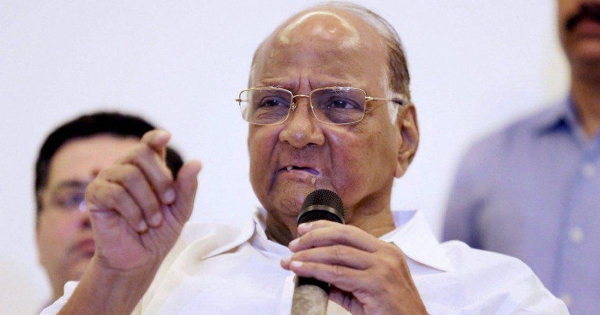 Mumbai: Nationalist Congress Party (NCP), president Sharad Pawar gets a death threat on Tuesday after an unidentified person made a phone call to his home in Silver Oak in south Mumbai.

The caller threatened to shoot him.

According to the police, the caller has been identified and is from Bihar.

Earlier as well, the same person had called Pawar and threatened him and was taken into custody and interrogated, however, he was released.

Local Gamdevi Police Station has registered an offence under section 294,506(2) of the Indian Panel Code and began the investigation.

Confirming the development, NCP Chief Spokesperson Mahesh Tapase said that the caller appears to be ‘mentally unstable’ who keeps calling up the Pawar residence at regular intervals and makes such dire threats.

“He has called up several times in the past few days and issued similar threats. The police have been informed,” said Tapase.

The calls came a day after Pawar celebrated his 82nd birthday on Monday with a grand function attended by top leaders of the NCP Congress and Shiv Sena (UBT) and other well-wishers.