The party also said that it will keep its options for an alliance open, and continue to hold dialogue with "likeminded parties", the declaration said 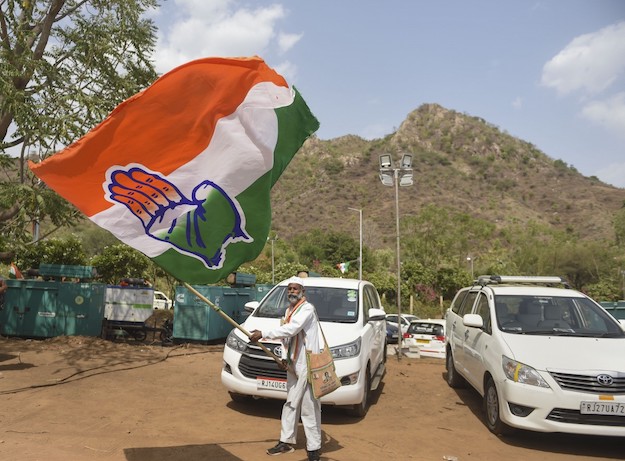 Udaipur: Nationalism is the main character of Congress, the Udaipur declaration of the party said on Sunday accusing the BJP of indulging in ‘pseudo nationalism’ which is aimed only at winning elections.

The party also said that it will keep its options for an alliance open, and continue to hold dialogue with “likeminded parties”, the declaration said.

The declaration, finalised at the end of the three day Nav Sankalp Chintan Shivir, said it is the duty of every Congress member to make people aware of this difference in the ‘nationalism’ of the Congress v/s the BJP.

“Today the ruling party is attacking the Constitution, its principles, and the rights. This is an attack on the ideas of Babasaheb Ambedkar. The Dalits, tribals, backward classes, women and minorities are the ones most impacted,” the Udaipur Delcaration said.

The Congress said it will get in touch with social, cultural organisations, NGOs, trade unions, think tanks, and civil society, and work with them.
Amid speculations if the Congress may go solo in the 2024 Lok Sabha polls, the party made it clear that it is keeping its options open.

“While the Congress will strengthen its hold on the ground on the basis of its organisational strength, at the same time, for the sentiment of nationalism and to protect democracy, Congress is committed to contacting and holding dialogue with all like minded parties and will keep its options open for alliances as per the situation” the party said.

It also mentioned the ongoing India-China border tension, and said the “mysterious silence” of Prime Minister Narendra Modi on the issue is a matter of serious concern.

The declaration also slammed the BJP of creating unrest in the north eastern states to gain power, and over abrogation of Article 370, and taking away statehood from Jammu and Kashmir.

“The faulty delimitation being implemented in Jammu and Kashmir, atmosphere of instability and insecurity and attack on security forces and Kashmiri Pandits are examples of government’s failures”.

The Congress strongly condemned the BJP-RSS for dividing the country on communal lines, and also accused the center of attacking the federal structure.