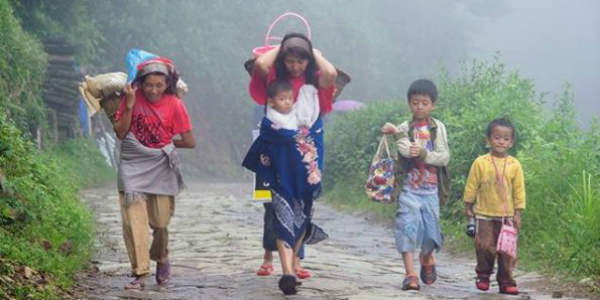 Kohima: Inclement climatic conditions with thunderstorm activity in Nagaland is expected to intensify from May 18 to 23 next, however, State Government has announced a total lockdown for the safety of the people from COVID-19 infections.

According to a press release issued by the Nagaland State Disaster Management Authority rain and thundershowers accompanied with lightning and squally winds are expected to occur almost daily in the coming days till May 25. Thunderstorm activity is mostly expected to occur during the late evening, night and early morning hours. Maximum and minimum temperatures for the mountainous regions will be around 24 degrees Celsius and 15 degrees Celsius. Dimapur will be warm with a maximum and minimum temperature of 31 degrees Celsius and 20 degrees Celsius respectively. It said the cyclonic storm is very likely to form over the Arabian Sea around the 16th of May next, which will increase moist winds over the state.

The NSDM asked people to take necessary precautionary measures during this time and exercise caution from lightning strikes and gale winds which may cause disruption in communication and connectivity. It urged the public to be vigilant during this pre-monsoon period and not to shelter under large trees and near the river banks to prevent unnecessary risk to life from lightning and flash flood.

The NSDMA has also requested all the District Disaster Management Authorities and other line departments who are responsible to attend to any emergencies caused by natural calamities, to be on alert to save lives and properties during this monsoon period, the release said.

Nagaland: Mokokchung Chamber of Commerce and Industry vows not to pay UG tax