The decision came two weeks after the Supreme Court directed the state to conduct the election and to enforce women reservation in the state. 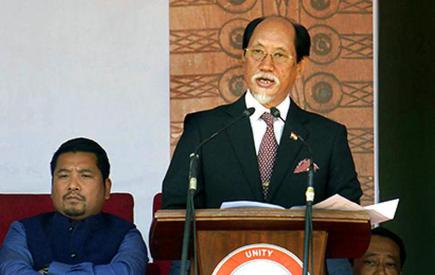 Kohima: The Nagaland Government has decided to conduct elections to the Urban Local Bodies (ULBs) of the state with 33 per cent reservation for women as per the 74th Amendment Act of the Constitution of India.

According to official sources a consultative meeting of all stakeholders including mass based civil society, church organisations, tribal Hohos, political parties and NGOs was held at State Banquet Hall on March 9 on the invitation of the Nagaland Government to discuss on Naga peace process and ULB election, where the decision of the ULB was taken.

The decision came two weeks after the Supreme Court directed the state to conduct the election and to enforce women reservation in the state. The first election under the Municipal and Town Council Act of 2001 was conducted in 2004 in the state without reservation for women, which functioned till 2009.

The Government of Nagaland has announced elections to the ULB in 2017, but failed as violent protests erupted, claiming two lives besides damage to public and private properties.

The recent order of the Supreme Court to conduct the ULB election within six weeks and to enforce reservation for women in Nagaland, the State Government called for the consultative meeting to discuss the contentious issue, sources said.