Musk has previously waded into contentious topics with comments about Ukraine and Taiwan. 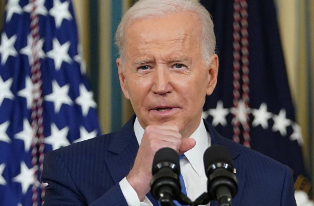 Washington: US President Joe Biden says Elon Musk’s relationships with foreign countries are “worthy of being looked at”.

Biden was asked whether Mr Musk posed a national security threat and if Saudi Arabia helping him to buy Twitter should be investigated, BBC reported.

This month, the kingdom’s stake drew the attention of a Democratic senator, who called for a probe into the deal, the BBC said.

During a news conference at the White House on Wednesday, a reporter asked Biden: “Do you think Elon Musk is a threat to US national security and should the US, with the tools you have, investigate his joint acquisition of Twitter with foreign governments, which include the Saudis?”

The BBC quoted Biden as saying: “Elon Musk’s cooperation and/or technical relationships with other countries is worthy of being looked at.

“Whether or not he is doing anything inappropriate — I’m not suggesting that. I’m suggesting it’s worth being looked at. That’s all I’ll say,” he added.

Musk completed his $44bn takeover of Twitter last month putting an end to a prolonged legal battle. The deal was financed by Musk and a group of other investors.

Saudi Arabia’s Prince Alwaleed and the Kingdom Holding Co are the second largest investor in the newly-private company, according to a filing with the US financial watchdog.

Earlier this month, Democratic Senator Chris Murphy called for an immediate investigation into the national security implications of Saudi Arabia’s stake in Twitter, the BBC reported.

“Given Twitter’s critical role in public communication, I am concerned by the potential influence of the Government of Saudi Arabia,” Murphy, who leads a key Foreign Relations subcommittee, said in a letter.

Musk has previously waded into contentious topics with comments about Ukraine and Taiwan.

Last month he denied a report that he had spoken to Russian President Vladimir Putin before posting a Twitter poll with his suggestions for ending the war with Ukraine. Musk has also weighed in on the highly contentious subject of China’s relationship with Taiwan.