The estimates are the highest offered yet by a Western official. 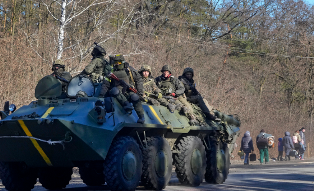 Washington: The most senior US general estimates that around 100,000 Russian and 100,000 Ukrainian soldiers have been killed or injured in the war in Ukraine.

Gen Mark Milley, chairman of the US Joint Chiefs of Staff, also suggested that around 40,000 civilians had died after being caught up in the conflict, BBC reported.

The estimates are the highest offered yet by a Western official.

But he observed that signs Kyiv was willing to re-enter talks with Moscow offered “a window” for negotiations, the BBC reported.

In recent days, Ukraine has signalled a willingness to hold some discussions with Moscow, after President Volodymyr Zelensky dropped a demand that his opposite number, Vladimir Putin, must be removed from power before negotiations could resume, the BBC reported.

But speaking in New York, Gen Milley added that for any talks to be successful, both Russia and Ukraine would have to reach a “mutual recognition” that a wartime victory “is maybe not achievable through military means, and therefore you need to turn to other means”.

The top general — who serves as President Joe Biden’s most senior military adviser — said the scale of the casualties could convince both Moscow and Kyiv of the need to negotiate over the coming winter months, when fighting may slow due to freezing conditions.

“You’re looking at well over 100,000 Russian soldiers killed and wounded,” Gen Milley said. “Same thing probably on the Ukrainian side.”

Both Ukraine and Russia jealously guard their casualty numbers, the report said.

Moscow’s last update in September said that just 5,937 troops had been killed since the start of the conflict, with Defence Minister Sergei Shoigu dismissing reports of a significantly higher death toll.

Gen Milley’s estimate is starkly higher. By comparison, 15,000 Soviet soldiers were estimated to have died in the 1979-89 Afghanistan conflict, the BBC said.

Ukraine has largely refrained from giving casualty figures. But in August, the armed forces’ commander-in-chief, Valeriy Zaluzhniy, was quoted in Ukrainian media saying 9,000 Ukrainian soldiers had died so far.

“There has been a tremendous amount of suffering, human suffering,” said Gen Milley. He also also noted that between 15 and 30 million refugees have been created since Russia launched its invasion on February 24.

The UN has recorded 7.8 million people as refugees from Ukraine across Europe, including Russia. However, the figure does not include those who have been forced to flee their homes but remain in Ukraine, the report said.

On Wednesday, Moscow announced its troops would start to withdraw from the key southern city of Kherson – the only major city to fall to Russian forces.