Under the current system, the monarch is represented in Australia by the governor-general who plays a largely ceremonial role. 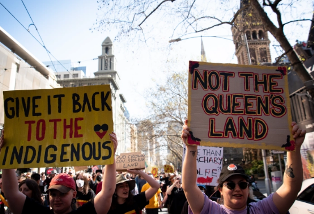 Melbourne: The death of Queen Elizabeth II has reignited a simmering republican debate in Australia, where the United Kingdom’s monarch is head of state, with Anthony Albanese’s government planning to put the issue to a vote.

Already committed to a referendum for a constitutionally enshrined Indigenous ‘Voice to Parliament’, the government plans to hold a similar vote to test Australians’ appetite for a republic, Al Jazeera reports.

Assistant Minister for the Republic of Australia Matt Thistlethwaite told Al Jazeera that while “the priority for this government is the Voice to Parliament, the next natural progression for Australia is look to have one of our own as a head of state and we’d seek to do that in a second term if we are successful with the Voice in the first term.”

“Australians have always been willing to look to ways to improve our system of government and improve our country and our nation,” he said.

“This is an opportunity for us to build a new system to select our head of state and at the same time improve the rights of citizens in the choices that we have but also strengthen the democracy we have.”

With an Indigenous history stretching back more than 60,000 years, the continent now known as Australia was colonized in 1788 and, while politically independent, has remained part of the British monarchy, Al Jazeera reported.

Under the current system, the monarch is represented in Australia by the governor-general who plays a largely ceremonial role.

However, governor-generals retain constitutional and statutory powers, swearing in ministers and acting as the commander-in-chief of Australia’s Defence Forces. They also have the power to dissolve parliament and sack the prime minister.

The death of Queen Elizabeth in September came four months after Labor, long supporters of the republican movement, were elected to power in Canberra.

Thistlethwaite told Al Jazeera: “Australia is now a mature and independent nation. We make our own decisions about how we govern ourselves, our economic relationship is predominantly linked to the Asia-Pacific region, our security relationship is based on the ANZUS alliance. We are not British any more.”

He added: “It’s about modernising the Australian democracy. We think that the right time is now given that the Elizabethan era is over. It is now time for the Australian era.”