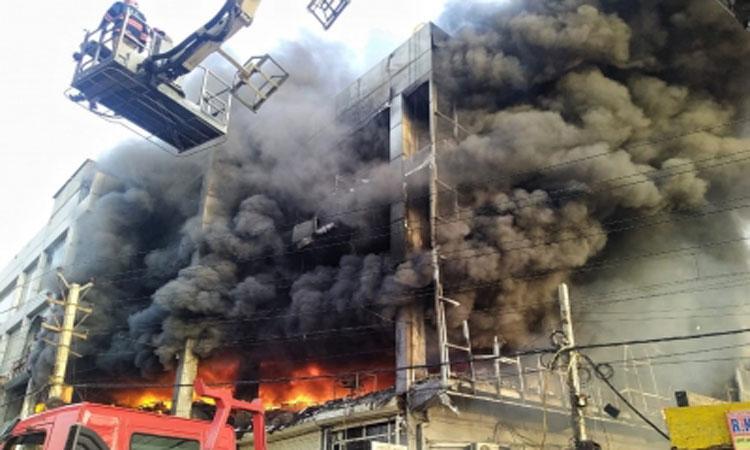 New Delhi: Delhi Police have arrested the owner of the building in which a fire tragedy happened in Mundka area that claimed lives of 27 people and left several injured.

A major breakthrough has been made in the recent fire incident in which the absconding owner of the building, Lakra, has been arrested from Delhi’s Ghevra area by the police team of Outer district after conducting multiple raids in Delhi and Haryana, while he was planning to flee to Haridwar, said Sharma.

He smashed and dumped his mobile somewhere else so that his location could not be traced, said DCP.

Lakra along with his family members were absconding after the incident.
A case was registered in connection with a massive fire that broke out in a building near Delhi’s Mundka on Friday.

“We are looking at every aspect. The building documents are being verified whether the commercial building had obtained fire NOC,” said Sharma.
The police have recovered Digital Video Recorder (DVR) which was being analysed, said Sharma.

All the documents related to building will be analysed, said Sharma.
Remaining DNA samples will be taken today to identify the bodies.
Earlier, Police said after preliminary inquiry that the building which caught fire was a four-storey commercial condominium occupied by several companies as office space.