During the visit, in addition to engagements with ASEAN Secretariat, the Minister also had engagements to strengthen bilateral relations with Indonesia. 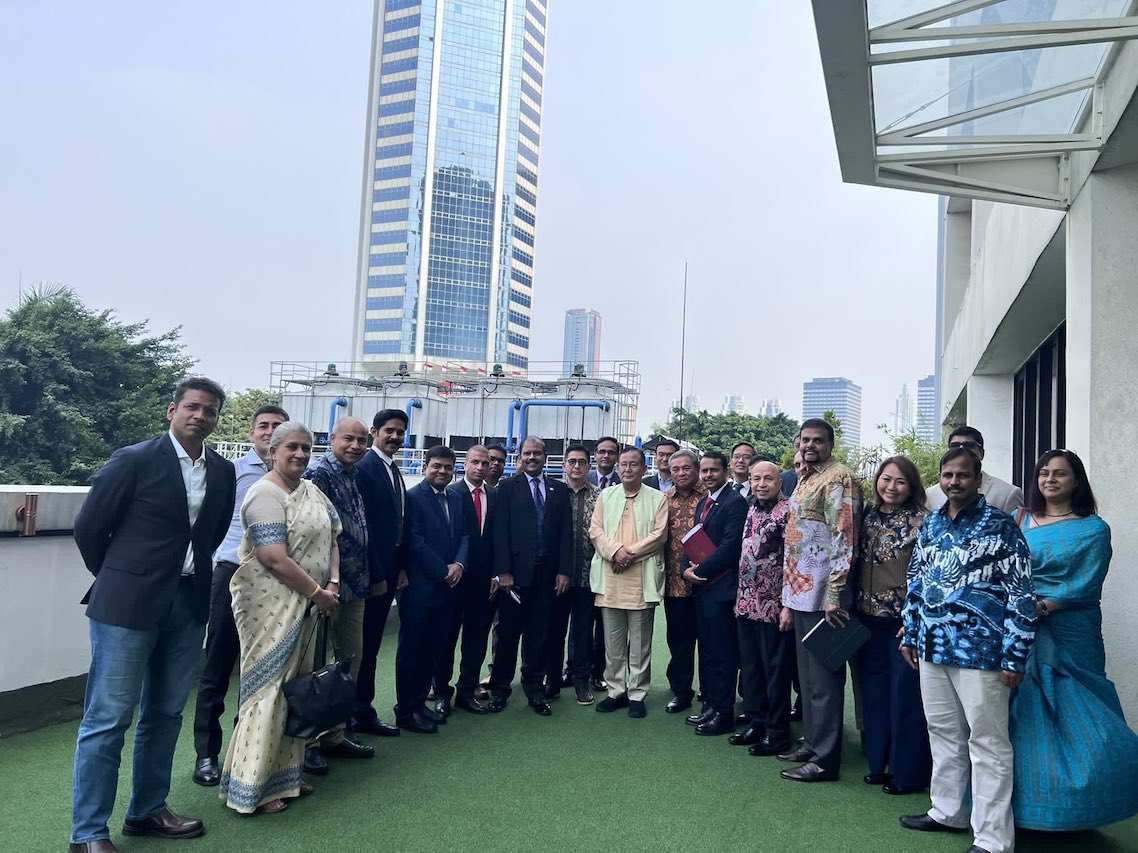 This was his first visit to ASEAN Secretariat as well as to Indonesia.

During the visit, in addition to engagements with ASEAN Secretariat, the Minister also had engagements to strengthen bilateral relations with Indonesia.

On 29 August, MoS and the Secretary General of ASEAN, Lim Jock Hoi jointly inaugurated the ASEAN-India Network of University, the MEA said.

ASEAN-India Network of University was announced by Prime Minister Narendra Modi at the ASEAN-India Commemorative Summit in 2018, as a consortium of premier institutes from India and ASEAN that would build a core network of knowledge capital in the region.

The University is being spearheaded by Nalanda University and ASEAN University Network from India and ASEAN, respectively.

Further, during his interactions with the Committee of Permanent Representatives to ASEAN (CPR), MoS exchanged views on areas of focus in the near future to elevate the ASEAN-India Strategic Partnership.

He also held informal interactions with various ASEAN institutions including, ASEAN Inter-Parliamentary Assembly (AIPA) Secretariat, Economic Research Institute for ASEAN and East Asia (ERIA), ASEAN Centre for Energy (ACE), ASEAN Foundation and ASEAN Coordinating Centre for Humanitarian Assistance on Disaster Management (AHA Centre), and discussed their ongoing cooperation with India and ways ahead for formalising the institutional linkages with them.

During his visit, the Minister also called on the Foreign Minister of Indonesia, Retno Marsudi where they exchanged views on existing bilateral cooperation and comprehensive strategic partnership as well as regional issues of common interest.

Suharti, Secretary General of the Ministry of Education, Culture, Research and Technology of Indonesia called on MoS and exchanged views on existing educational cooperation and strengthening linkages on higher education.

The MoS had a vibrant interaction with the Indian Community in Indonesia on 28 August. He also addressed the CEOs of Indian companies in Indonesia at “Bhojan aur Charcha – IV” organised by Embassy of India, Jakarta on 30 August which was attended by a large number of Indian CEOs and businesses in Indonesia.