Modi speaks with Putin, urges for dialogue and diplomacy on Ukraine 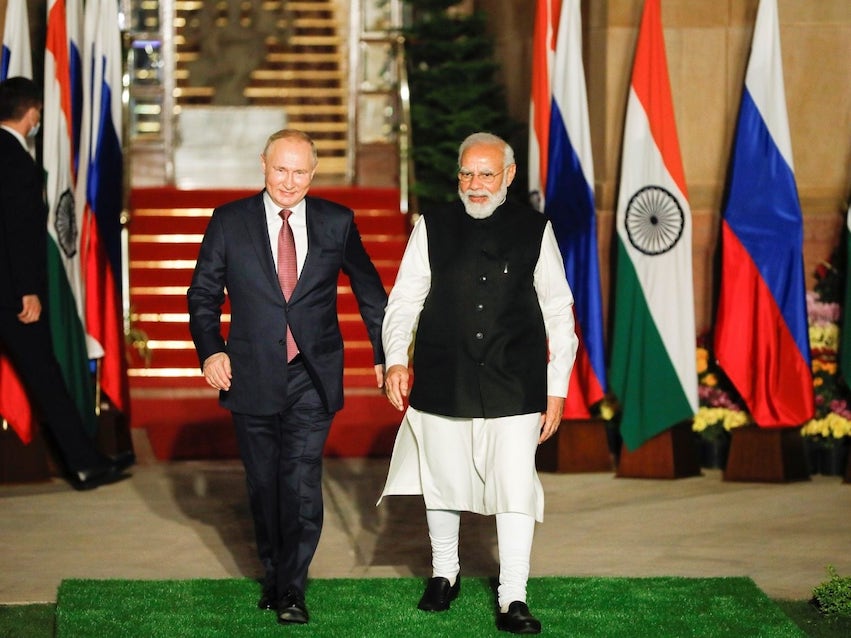 New Delhi: As the Ukraine conflict continues with no signs of abating, Prime Minister Narendra Modi on Friday spoke on the phone with Russian President Vladimir Putin and reiterated India’s long-standing position in favour of dialogue and diplomacy to end the conflict.

During the phone call, the two leaders reviewed the implementation of the decisions taken during President Putin’s visit to India in December 2021 for the annual bilateral summit.

“In particular, they exchanged ideas on how bilateral trade in agricultural goods, fertilizers and pharma products could be encouraged further,” an official statement said.

“The leaders also discussed global issues, including the state of the international energy and food markets,” the statement said, amid the backdrop of rising energy and food prices as a fallout of the Ukraine conflict that has crossed four months.

“In the context of the ongoing situation in Ukraine, Prime Minister reiterated India’s long-standing position in favour of dialogue and diplomacy.

“The leaders agreed to maintain regular consultations on global and bilateral issues,” the statement said.

Prime Minister Modi has spoken to President Putin on earlier occasions too after the Ukraine conflict broke out on February 24 this year, and sought help in the evacuation of Indian students from Ukraine, and to urge direct talks between Ukraine and Russia to end the hostilities.