All Kinnaur residents are fortunate that Shyam Saran Negi, the first voter of independent India, belongs to Kinnaur district 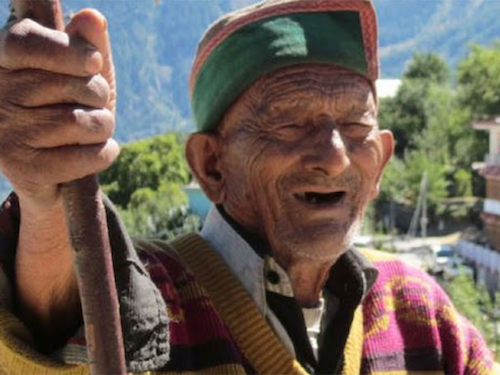 Reckong-Peo: Shyam Saran Negi, who was the first to vote in India’s first parliamentary election after independence from Britain, on Friday turned 105, with district officials joining his family to mark the memorable event.

Kinnaur Deputy Commissioner Abid Hussain Sadiq was among the earliest to offer his best wishes to Negi, a retired school teacher who cut a cake ordered by his overjoyed family and announced that he was ready to vote again this year in assembly elections in Himachal Pradesh “if my age and health allow”.

Sadiq wished a healthy and long life to the now wrinkled Negi, who lives in a humble rural dwelling where poverty still forces the family to use firewood for cooking.

“On this occasion, all Kinnaur residents are fortunate that Shyam Saran Negi, the first voter of independent India, belongs to Kinnaur district,” the senior official said. “He is not only the pride of Kinnaur and the state but the entire country.”

India’s first general election was held in February 1952. But elections were held in Himachal Pradesh five months previously as the region would be snow bound in February-March.

Accordingly, Negi cast his vote on October 25, 1951, becoming the first Indian to vote in independent India.

Born on July 1, 1917, Negi has since voted in all elections held in independent India, including the Lok Sabha, the state assembly and Panchayat.

Negi, whose wife died two years ago, lives with his youngest son and is proud to be looked after his granddaughter and grandson in Kalpa Chini village. He has always voted at the nearby Kalpa-2 polling station.

Educated up to the middle class, Negi was a primary school teacher.

He was declared the first voter of India in 2009 by the Election Commission after verifying its records.