Tangre had also added in her complaint that the marital relations of the deceased with his wife and her family were not cordial. 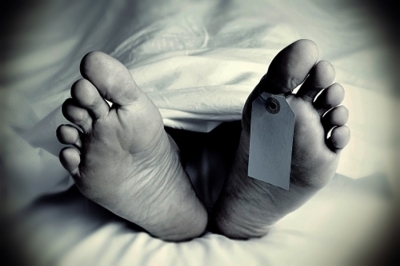 Shillong: The Chief Judicial Magistrate of Tura, MK Lyngdoh has directed the police for the exhumation of the body of one Bob Marley Sangma, who had allegedly died of suicide, after his sister Tangre Marchina Sangma expressed doubts regarding the investigation in connection to the death.

The court has asked the West Garo Hills District Police to exhume the body of Sangma to verify if there was any foul play involved.
Bob Marley who was an SDO with the Meghalaya Power Distribution Corporation Ltd (MePDCL) in Tura North Division, reportedly died by suicide on June 9 this year.

However, the sister of the deceased suspected foul play in the death of her brother after videos and photos showed some injury marks on the body of the deceased. She had then lodged an FIR with the Tura police station seeking re-investigation.

The CJM, through the order, cited the sister’s doubt on the investigation as though there were injury marks on the body of the victim, the post mortem report showed no injuries.

Tangre had also added in her complaint that the marital relations of the deceased with his wife and her family were not cordial.

“It has been requested by the deceased’s sister that regular case is registered in the matter and the body of the deceased exhumed, conduct post mortem again and investigate the case in-depth.

The Investigating Officer (IO) of the case has therefore sought the passing of necessary orders for the exhumation of the body, holding an inquest on the spot and conducting of PM to ascertain the actual cause of death,” the CJM said in the order on August 11.

The Tura Municipal Board (TMB) has been directed to send a team for the exhumation and burial of the body of Bob Marley with a district magistrate asked to conduct the inquest.

Following the Court order, the Investigating Officer, S.K.Marak has written to the TMB to fix the date of exhumation of the body on August 24 this month at 7 am at the Hawakhana graveyard.