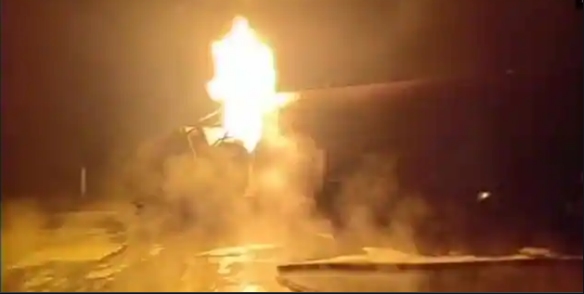 Shillong: Ferdinand Lyngdoh, a younger brother of Congress legislator George Lyngdoh, was charred to death inside a vehicle after it caught fire near Umran Diary on the Shillong-Guwahati National Highway on Saturday in Ri-Bhoi district, police said.

The fire incident occurred at around 12 noon when the vehicle caught fire.

The charred body has been identified as George’s brother, Ferdinand Lyngdoh, who was the lone occupant of the vehicle, Nazarious Lamare, the district police chief of Ri-Bhoi said.

Preliminary investigation indicates that there was “no foul play in the mishap” and prima facie it appeared to be an accident, he said.

“The fire may be accidental due to the fact that the occupant must have put on the AC and tried to smoke,” the police official said.

“The windshields of the vehicle were completely closed which built pressure inside the vehicle. It seems the AC of the vehicle burst due to the high pressure leading to the vehicle going up in flames. The person could not come out due to sudden explosion,” Lamare said, adding that investigation is still on to ascertain the exact cause of the fire.