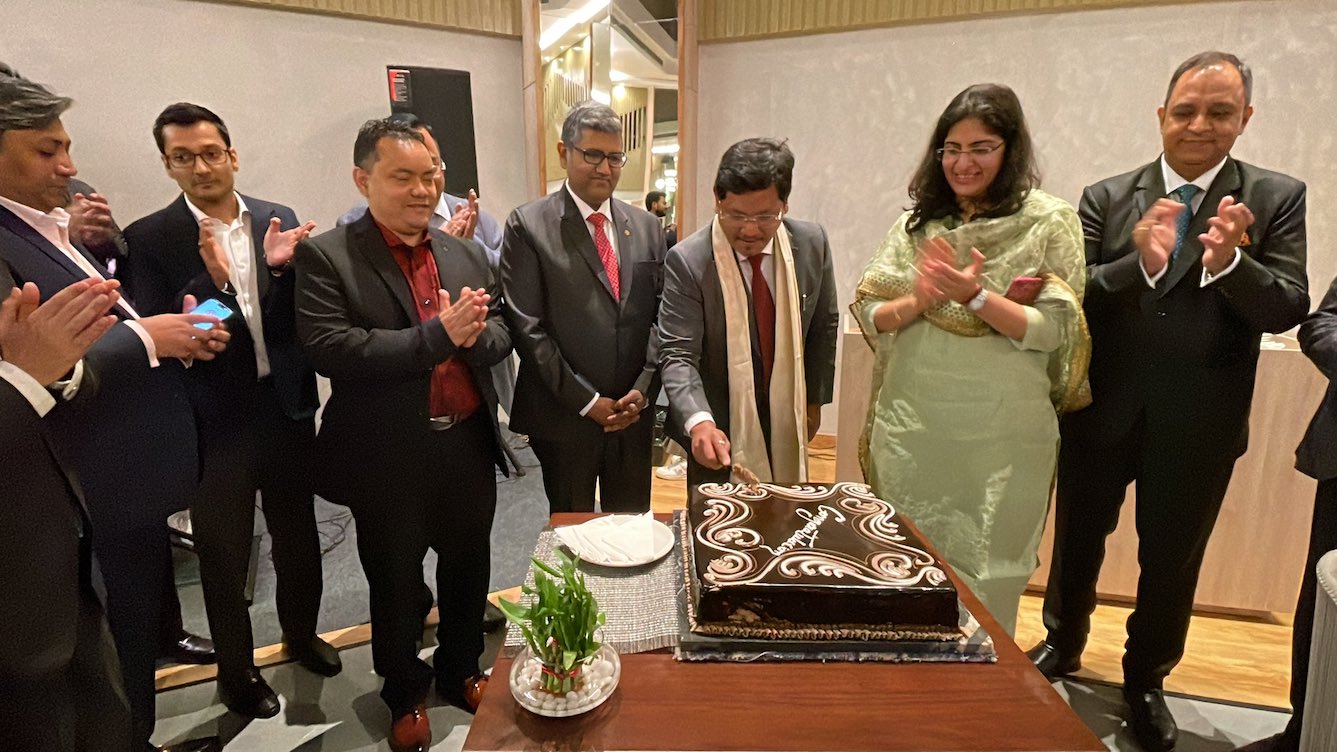 Shillong: Chief Minister Conrad Sangma on Friday iterated his vision of transforming Meghalaya into the top 10 states within the next 10 years and said that tourism is at the core of realizing this vision.

“The government is developing tourism on a “hub and spoke model” wherein Sohra (Cherrapunjee), Jowai, Shillong, Umiam (Barapani) and Tura will act as hubs and nearby rural tourist destinations will be developed as spokes,” Sangma said after inaugurating Meghalaya’s first ever five-star hotel, the Taj Vivanta Meghalaya.

“In line with this strategy, the government has taken a number of initiatives to augment the accommodation infrastructure in the State. These include the construction of large resorts and tourism infrastructure in Sakaladuma in West Garo Hills, Shnongpdeng in West Jaintia Hills,

Sohra in East Khasi Hills, Mawlyndep and Nongmahir in Ribhoi, Nongkhnum in West Khasi Hills, Thadlaskien in West Jaintia Hills and Pelgawari in South West Garo Hills. Tourism infrastructure and amenities at a cost of Rs. 5 -10 crores each will also be set up in several villages,” he said.

“To further augment the accommodation infrastructure, the ‘Home-stay Scheme’ has been launched, wherein 2,500 accommodation units will be built over the next five years in convergence with the Prime Minister’s Employment Generation Programme (PMEGP). A subsidy of 35 percent is being given on loans of up to Rs 10 lakh by the State government which is over and above the 35 percent subsidy being given by the Government of India under PMEGP. The residents stand to earn a monthly revenue of up to Rs. 50,000 by paying an EMI of just Rs. 5,000. The Government has received over 480 applications to date and has sanctioned Rs. 7.1 crores to build about 75 home-stays,” the Chief Minister informed.

“A fleet of electric buses and luxury tourist vehicles will be introduced to add capacity to the transport sector. Further, the works for the iconic Shillong Peak Ropeway, being taken up at a cost of Rs. 140 crores, are also expected to commence by the end of this year,” he said.

The Chief Minister also spoke about the ‘Meghalaya Grassroots Music Project (MGMP)’ as part of which regular musical performances are being organized in Shillong, Sohra, Tura and Jowai.

Apart from providing livelihood opportunities to the artists and entrepreneurs, MGMP is also playing an important role in promoting the musical culture and heritage of the State and at the same time is also providing a unique experience for the tourists, he said.

“The State faces a shortage of high-quality rooms and the presence of five-star hotels in Shillong would allow the government to attract high-value tourists, host national and international music and sports events, and other seminars and conferences,” Sangma said and added that the Vivanta Meghalaya, Shillong would herald an “era of luxury tourism” in the State.