Pala said that he had talked to Sangma, who is the Congress Legislature Party (CLP) leader, adding that the latter had a problem with the way the president was appointed and not with him as an individual. 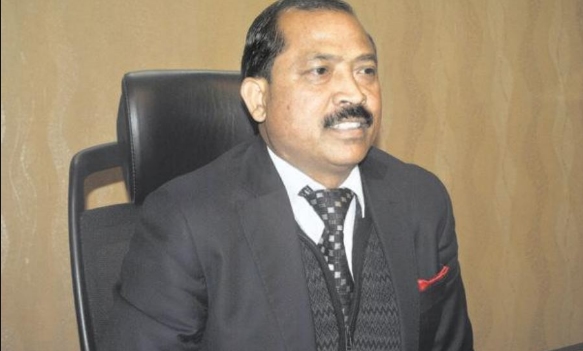 Shillong: In the wake of political speculation that former Meghalaya Chief Minister and veteran Congress leader Dr Mukul Sangma might quit the party along with other legislators, the Meghalaya Pradesh Congress Committee (MPCC) president Vincent Pala on Saturday said that these were “reports” only, adding that such “news” would not affect the party’s performance in the assembly by-polls to be held this month.

“As of now I don’t think we will have a problem going to the election,” said Pala, the three-time Lok Sabha member, representing the prestigious Shillong parliamentary constituency, even as he maintained that there was no difference between him and Sangma.

Pala said that he had talked to Sangma, who is the Congress Legislature Party (CLP) leader, adding that the latter had a problem with the way the president was appointed and not with him as an individual.

He said that Sangma was miffed over the fact that he was not consulted before the appointment of the MPCC president.

Sangma attended the Pradesh Election Committee meet to finalize the candidates for the by-polls to Mawryngkneng, Mawphlang and Rajbala, held at Windermere resort.

Voicing confidence that the Congress would win the by-polls since it has the “best candidates”. The MPCC president said, “the people of the state would vote for the party after they have seen the performance of the Meghalaya Democratic Alliance (MDA) government and the Congress has got its base in every area.

On media reports that Congress legislators threatened to remove Sangma as CLP leader, Pala said that he does not think that there was such a move.

“Push and pulls may be there, that is normal in a party. But ultimately the collective decision will be finally binding on all,” the MPCC president asserted.

On the claim of the leader of the opposition that senior member of the Khasi Hills Autonomous District Council (KHADC) Lamphrang Blah is quitting the Congress due to grievances within the party, Pala said that in 2018 Blah wanted to contest the election but was told to wait because Kennedy Khyriem was the sitting legislator.

But since Khyriem lost he wanted to try his luck,” Pala said.

Blah had recently quit the Congress to contest the Mawphlang by-poll on a NPP ticket. The NPP will officially announce his candidature on Tuesday.

“Blah is a nice man and for 20 years serving the people. There is no reason for him not to be happy with the Congress because whatever possible in the council we gave him the top post,” Pala said about Blah, who was the leader of opposition in the KHADC.