The Rambrai C&RD block has been carved out of the Nongstoin C&RD block and covers an area of 584.628 square km, comprising 109 villages with a population of 36148 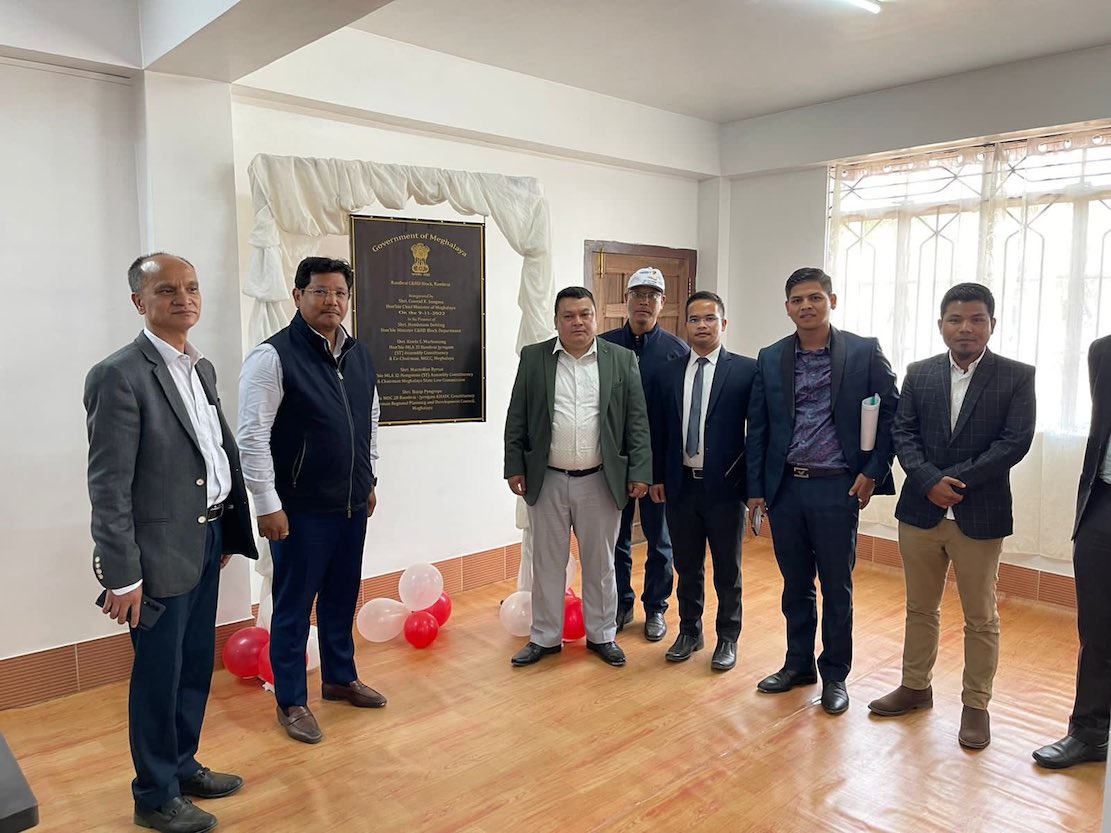 Shillong: Close on the heels of creating the Siju Community and Rural Development (C&RD) Block in South Garo Hills district on Tuesday, Meghalaya Chief Minister Conrad K Sangma on Wednesday inaugurated the Rambrai C&RD Block, fulfilling the long pending demand of the people in the remote area in the West Khasi Hills district.

The Rambrai C&RD block has been carved out of the Nongstoin C&RD block and covers an area of 584.628 square km, comprising 109 villages with a population of 36148, majority of who are of the Khasi and Garo tribal communities.

Speaking on the occasion, the Chief Minister said that the creation of the new block will ensure better governance at the grassroots level, developmental activities will be up-scaled and services of the government will be delivered in an efficient manner.

“C&RD blocks are the most important administrative units when it comes to schemes and programmes. The blocks should be accessible to the people across the State. People of Rambrai had to face difficulties, as they had to travel to far off places for basic services of the government. The inauguration of the block will ensure that the services are brought closer to the people,” he said.

Sangma also informed that the government is coming up with a revised norm to facilitate applications for different certificates to be availed from the block offices. “People can apply for various certificates at the block level but applications will be processed at the sub division level,” he added.

Stating that the Rambrai area has been neglected for long, Sangma said that through various interventions, the government is ensuring that the people reap the benefits of development in the State.

He said that the work for Nongstoin – Rambrai – Kyrshai road is underway and will soon be completed. “Due to poor road connectivity in the area, the people had to face a lot of hardship. We are ensuring that this important road link is completed,” he added.

The Chief Minister also informed the people that the Rambrai Primary Health Centre will also be upgraded to Community Health Centre and the foundation for the up-gradation will be laid at the earliest.