APMU announced that it will stop transporting petroleum products in eastern part of Meghalaya from Thursday following the attack on vehicles bearing Assam registration numbers amidst the ongoing unrest. 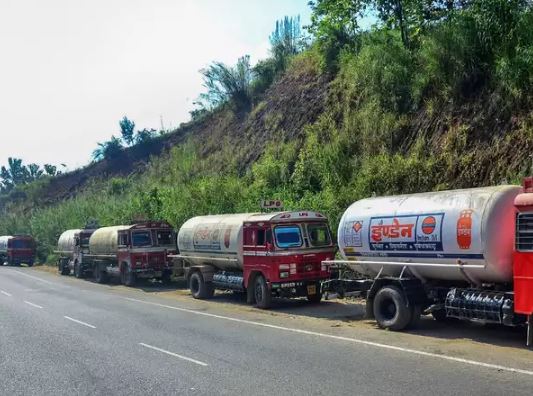 Shillong: The Meghalaya government on Thursday has requested the Assam Petroleum Mazdoor Union (APMU) to immediately call off their refusal to load petroleum products and assured safety and security of oil tankers transiting through the districts of the state.

APMU announced that it will stop transporting petroleum products in eastern part of Meghalaya from Thursday following the attack on vehicles bearing Assam registration numbers amidst the ongoing unrest.

“In view of the present “abnormal” security situation in different parts of the state, truckers are “afraid” to venture into the Khasi- Jaintia hills districts,” the Union leader said.

“Therefore, we have decided not to take any load from today onwards until and unless the government of Meghalaya assures safety and security of oil and gas tankers,” the AMPU said.

Director for Food Civil Supplies and Consumers Affairs, Pravin Bakshi dashed off a letter to the AMPU informing them that all Deputy Commissioners and Superintendents of Police of the districts

of Meghalaya have been informed to take all necessary the measures for safety and security of oil tankers transiting through the districts.

“Therefore, you (AMPU) are requested to immediately call off the strike/refusal to load POL for Meghalaya affected districts. You are further specially requested to make necessary arrangements

of manpower so that supply of POL products is in no way affected in Meghalaya,” Bakshi wrote.

Meanwhile, many vehicles lined up at petrol pumps in Shillong on Thursday as motorists raced to get their tanks filled up after reports of the Assam oil tankers refusing to come in due to the unrest in the state.

Apart from the oil and gas tankers, trucks ferrying goods, especially essential commodities, have dwindled due to a sense of insecurity.

If the security scenario deteriorates further there would be shortage of essential commodities in the state.