Addressing the fully packed ground, Modi took on the erstwhile United Progressive Alliance government at the centre, accusing it of neglecting the Northeast. 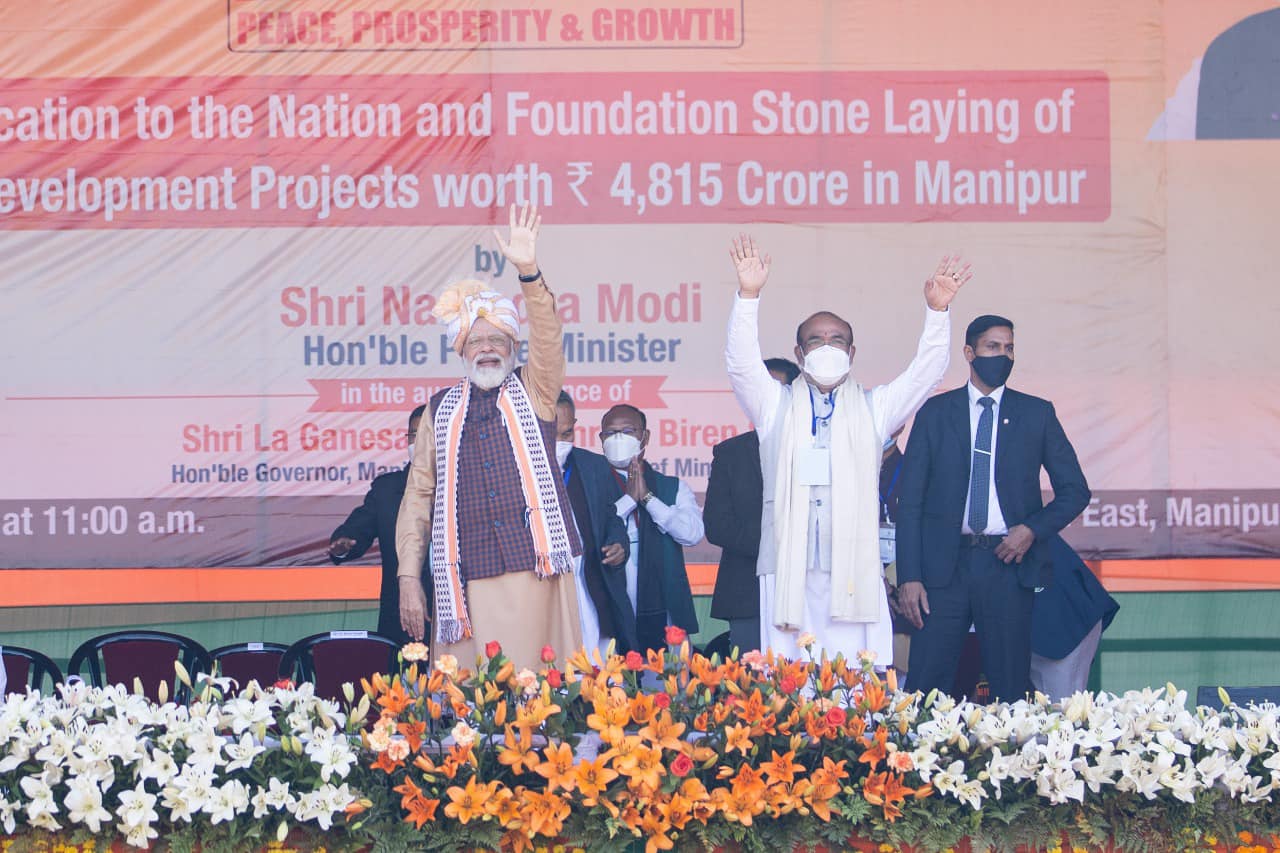 Imphal: Prime Minister Narendra Modi on Tuesday promised tap water to every household in assembly poll-bound Manipur soon as he formally inaugurated and laid foundation stones of 22 DevelopmentalProjects worth over Rs 4800 crore virtually from a public meeting at Hapta Kangjeibung here.

The state is moving forward “due to the double-engine government” he said, in an obvious reference to both the centre and the Northeastern state being ruled by BJP-led dispensations.

Thanking the people for using their franchise to elect a BJP-led government in the state five years back, he pointed out that the present dispensation has provided free rice, LPG gas, free electricity connection, toilets, free medical treatment and Covid 19 vaccines.

Six lakh farmers of the state got benefits of government schemes, while there are oxygen plants in all the districts.

Addressing the fully packed ground, Modi took on the erstwhile United Progressive Alliance government at the centre, accusing it of neglecting the Northeast.

“The situation was different earlier and none wanted to visit theNortheast. but after 2014 (when the BJP came to power in New Delhi),New Delhi and the Government of India have been brought to thedoorsteps of the people in the region”.

“Earlier the attitude was don’t look east, but now we have convertedit to an Act East policy. The benefits provided by the government haveenabled all citizens to reach any village easily,” he said.

Referring to Manipur, he alleged that previous regimes had turned itinto a “blockade state and only worked to divide its people”.Modi asked ministers and officials to visit the Northeast and spendsome time to formulate schemes as per the need of the area, not as aprovider but as a server.

Alluding to his ministry, Modi said there are five faces from theNortheast in his government.

He said Manipur is now becoming the gateway as dreamed by legendaryfreedom fighter Netaji Subhas Chandra Bose. “This state and theNortheast are showcasing new horizons to the world,” he added duringhis around 30-minute speech.

Because of the development agenda of his government, tourism will see

a new dimension and create employment avenues, he added.