Border disputes of Assam with Arunachal, Meghalaya to get resolved by 2022 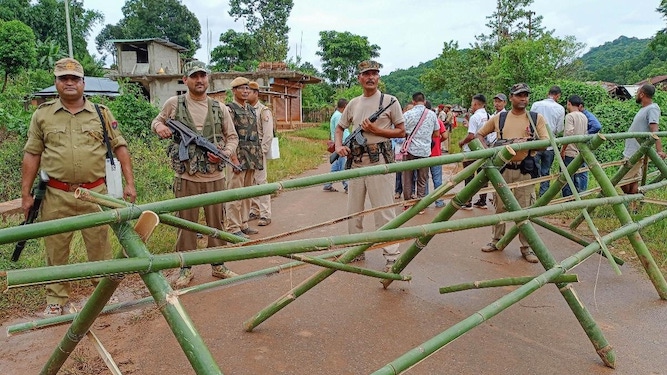 Dulijan: Assam Chief Minister Himanta Biswa Sarma on Tuesday said that the interstate border disputes with the neighboring states of Arunachal Pradesh and Meghalaya are likely to get resolved by the end of 2022.

“I am sure that Assam’s border disputes with Meghalaya and Arunachal Pradesh would get resolved by 2022,” Sarma said.

Sarma added that the border issues of Assam with Mizoram and Nagaland would take some time to get resolved since the boundary disputes with these two states are complicated.

It may be mentioned here that Assam and Meghalaya are involved in an exercise of joint inspection of disputed border areas to resolve the 12 inter-state border disputes.

Two regional committees have been set up by both the states which are likely to submit their reports to respective chief ministers by the beginning of the year.