Interestingly, the extension of 'Disturbed Area' status to neighbouring states like Nagaland, Arunachal Prsadesh and Assam is only for six months. 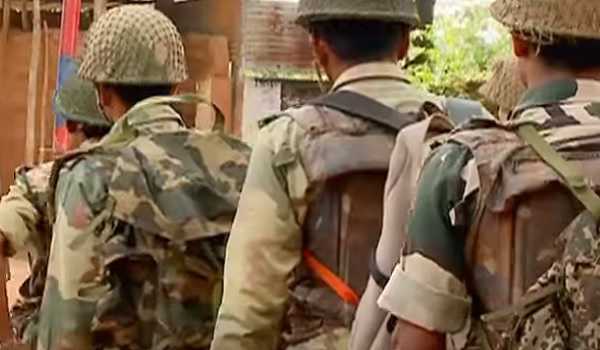 Imphal: Despite claims that the law and order in the state has ‘tremendously’ improved for the last few years, the Manipur government has extended the “Disturbed area” status in the state for one more year on Tuesday.

Union Home Minister Amit Shah in a speech on November 22 even lauded the BJP led State government for bringing peace and all-round development in the last five years, and said there has been a significant improvement in the law and order situation in the state.

Interestingly, the extension of ‘Disturbed Area’ status to neighbouring states like Nagaland, Arunachal Prsadesh and Assam is only for six months.

The extension is done every year by the state Home department.

The extension of Disturbed Area status implies an extension of the Armed Forces of Special powers Act 1958 till the end of this year.

Special Secretary (Home) H Gyan Prakash said in an order that “the Governor of Manipur is of the opinion that due to violent activities of various extremist/insurgent groups, the entire state of Manipur is in such a disturbed condition that the use of armed forces in aid of civil power is necessary and is of the opinion that the areas within the state be declared as a “Disturbed Area” under the provisions of the Armed Forces (Special Powers) Act, 1958.”

In exercise of the powers conferred by Section 3 of the Armed Forces (Special Powers) Act, 1958 (Act No.28 of 1958) as amended from time to time, the Governor of Manipur accords ex-post facto approval to declare the entire state of Manipur excluding the Imphal Municipal Area as “Disturbed Area” for a period of one year with retrospective effect from December 1, 2021, it was added. The Imphal Municipal area was however excluded.

The Extrajudicial Execution Victim Families Association, Manipur (EEVFAM) formed by 1958 families of extrajudicial execution has also filed a case in the Supreme Court.

The EEVFAM and Human Rights Alert have also demanded that the government should immediately issue pending prosecution sanctions against all the police personnel indicted by the CBI/SIT in pursuance EEVFAM v/s Union of India, SC WP (Cril) 129 of 2012.

It further demanded that the state government should pursue with the Union of India to issue prosecution sanction against all the armed forces of the union found to be involved in the extrajudicially killing of the innocent citizens of Manipur, whose prima facie evidence have been already submitted to the Chief Judicial Magistrates of various districts of Manipur following the investigation of the CBI/SIT in pursuance EEVFAM v/s Union of India, SC WP (Cril) 129 of 2012.

Irom Sharmila of Manipur launched an unprecedented fast for 16 years demanding repeal of AFSPA from 5 Aug 2004 to 9 Aug 2016 after the Malom massacre during which 8 Assam Rifles personnel shot dead ten persons who were waiting for a bus in a bus shed at Malom, Imphal.

Manipur government withdrew AFSPA from the Greater Imphal area covering seven Assembly constituencies after the public uprising over the alleged rape and murder of Thangjam Manorama by personnel of 17 Assam Rifles in 2004.

Army has legal immunity for their actions. There can be no prosecution, suit or any other legal proceeding against anyone acting under that law and actions against the army can only be initiated with the sanction of the Central Government.

Expressing anguish over the extension of AFSPA, senior journalist Pradip Phanjoubam questioned whether the people’s voice matters at all.

“… But what is also confounding is, where was the need for making the current imposition retrospective by about five weeks from Dec 1. There is nothing which says AFSPA imposition has to be unbroken,” he said.

While questioning the ‘lack of transparency’ of the Centre over the announcement of AFSPA in Manipur, JNU teacher Bimol Akoijam noted that “despite concerned people, including Acting Chairman of State Human Rights Commission, having raised the issues in public, on the issues of yearly extension against the order of the Supreme Court and retrospective effect etc, it repeats those improprieties, as if trying to tell that people of state are some bloody fools who deserve no lawful existence.” With agency inputs