The Governor said the memorial is a sacred place of Manipur and is famous for World War II where the Japanese Army fought against the Allied Forces till their last breath. 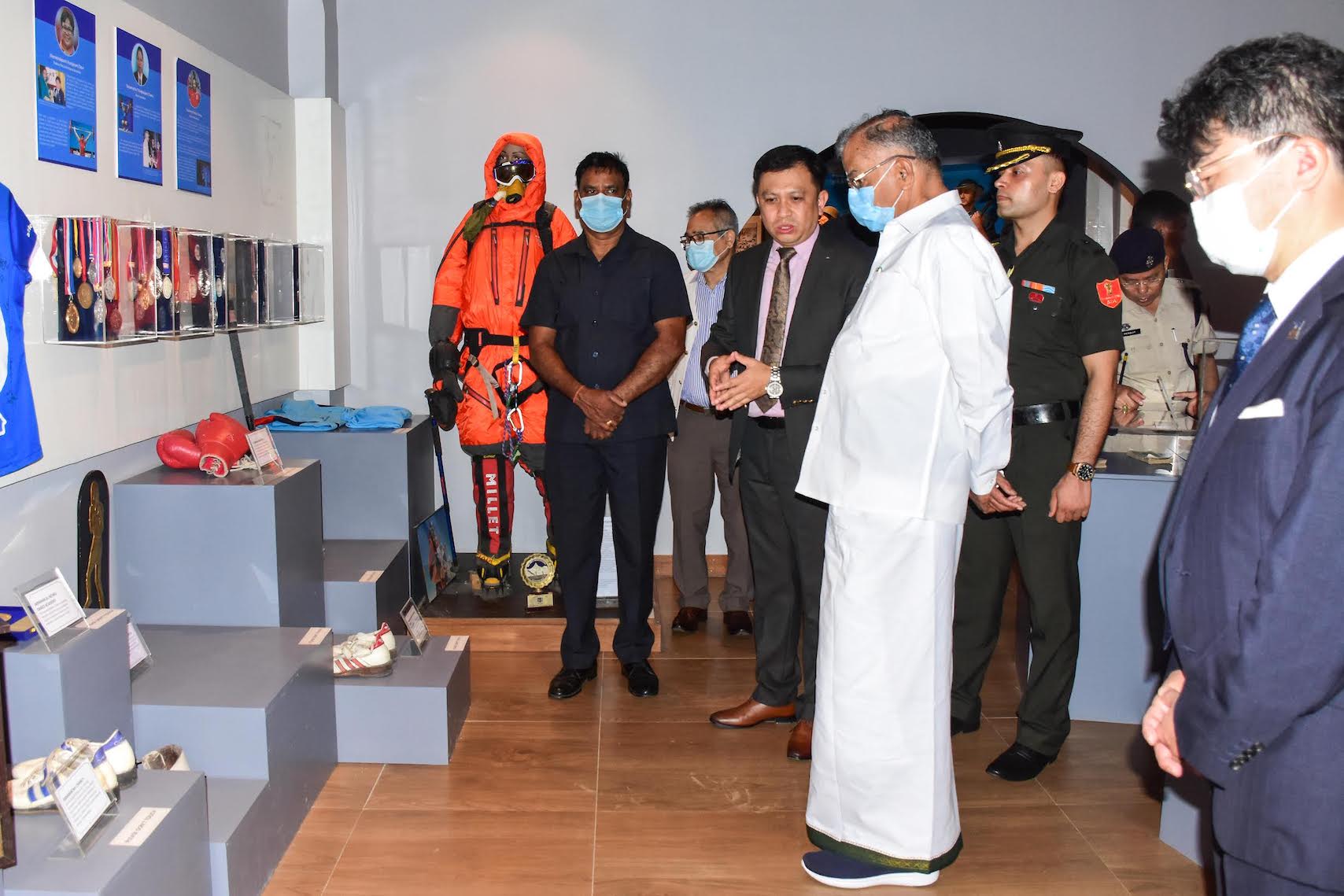 The Governor said the memorial is a sacred place of Manipur and is famous for World War II where the Japanese Army fought against the Allied Forces till their last breath. The place is known as the Peace Museum as it stands as a testimony to the great battle and a place to pay tribute for an everlasting peace and reconciliation.

The Governor said the Maibam Lotpa Ching or the Red Hills is a historic war memorial site of the Battle of Imphal, an important branch of WW-II that took place in Manipur.

He said this is one of the important places in the history of Manipur. Lauding the efforts made by the Manipur Tourism Forum in establishing the Peace Museum, La. Ganesan said, the museum displays and depicts hardships experienced by the people of Manipur during the war and how Manipur which was a peaceful state and the people had to flee from the ravages of war. It has been one of the most visited tourist place in Manipur.

The Imphal Peace Museum has become the hallmark and testimony of the strong historical connection which the people of Manipur have with Japan, he added.

Expressing the need to conduct more research on the battle sites, Governor said, these sites need to be preserved and restored with proper memorials so that future generations can understand the sacrifices made from both sides while also spreading the message of peace and affirming that war benefits no nation. La. Ganesan further stated that the states of North East are blessed with nature’s bounty.

The tremendous potential for tourism in the region needs to be explored for the economic growth and prosperity of the people. This can be an event to make Manipur known to many parts of the world by making Manipur a World War II heritage site and attract tourists from across the globe.

The Governor and the Japanese team toured the museum and witnessed the old war-related artifacts which were being displayed.