Hangmila Shaiza was the first woman elected as an MLA in 1990. She was the wife of the former Chief Minister of Ukhrul, Yangmasho Shaiza. 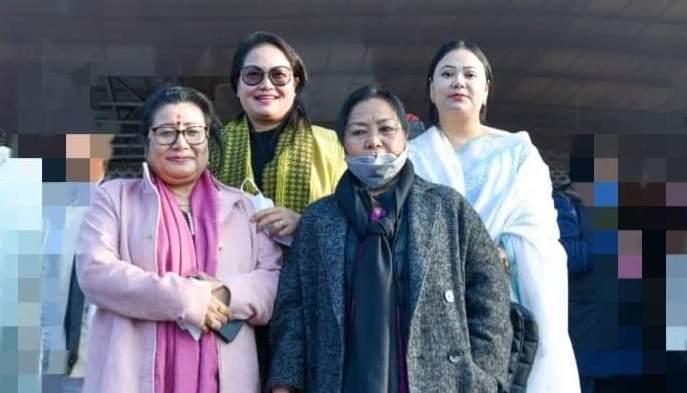 Imphal: The 12th Manipur Legislative Assembly elections will see the representation of five women legislators, the highest so far. Earlier women legislators were mostly related to a male legislator but this time one woman was reelected while four new women were elected.

Th Brinda, who resigned as an Assistant Superintendent of Police of the Manipur Police after a dispute with the Chief Minister regarding the seizure of a drug from a strong alleged BJP man, also ran for election from Yaiskul against Social Welfare Minister Th Satyabrata but was defeated.

It was a tough fight for her as Yaiskul was represented by a young minister and the State President A Sharda was a resident of the constituency. Leishemba Sanajaoba, titular King of Manipur, a Rajya Sabha MP also resides at the constituency.

Irengbam Nalini aged 61 who won from Oinam is the wife of a former legislator I Ibohalbi who died due to Covid last year. Sagolsem Kebi aged 32 is an entrepreneur while Kimneo Haokip Hangshing aged 34 and SS Olish aged 44 a social worker who won convincingly in their respective constituencies. In the previous Assembly, there were two women, Nemcha and Ak Mirabai of the Congress.

The number of women voters in Manipur outnumbers the number of men voters, and out of the 17 candidates, Congress fielded four candidates, the BJP and NPP each four, while NPP put forward just two this time. Another prominent woman legislator who won twice was O Landhoni, wife of O Ibobi, who represented Khangabok.

The new five female legislators take the number of women legislators in Manipur to 15 in its long history of elections. Hangmila Shaiza was the first woman elected as an MLA in 1990. She was the wife of the former Chief Minister of Ukhrul, Yangmasho Shaiza.

Yangmasho was assassinated by Naga militants. Manipur sends two MPs to the Lower House and one member to the Upper House and the only woman representative so far was Kim Gangte who won as a candidate of Manipur People’s Party (MPP) in 1998. A Sharda, BJP Manipur Chief, was monitoring the entire poll process in Manipur and BJP saw the formation of a government with full majority under her leadership.