Speaking on the occasion, N. Biren maintained that the state government is giving priority to the health and education sector, putting much effort into developing the sector. 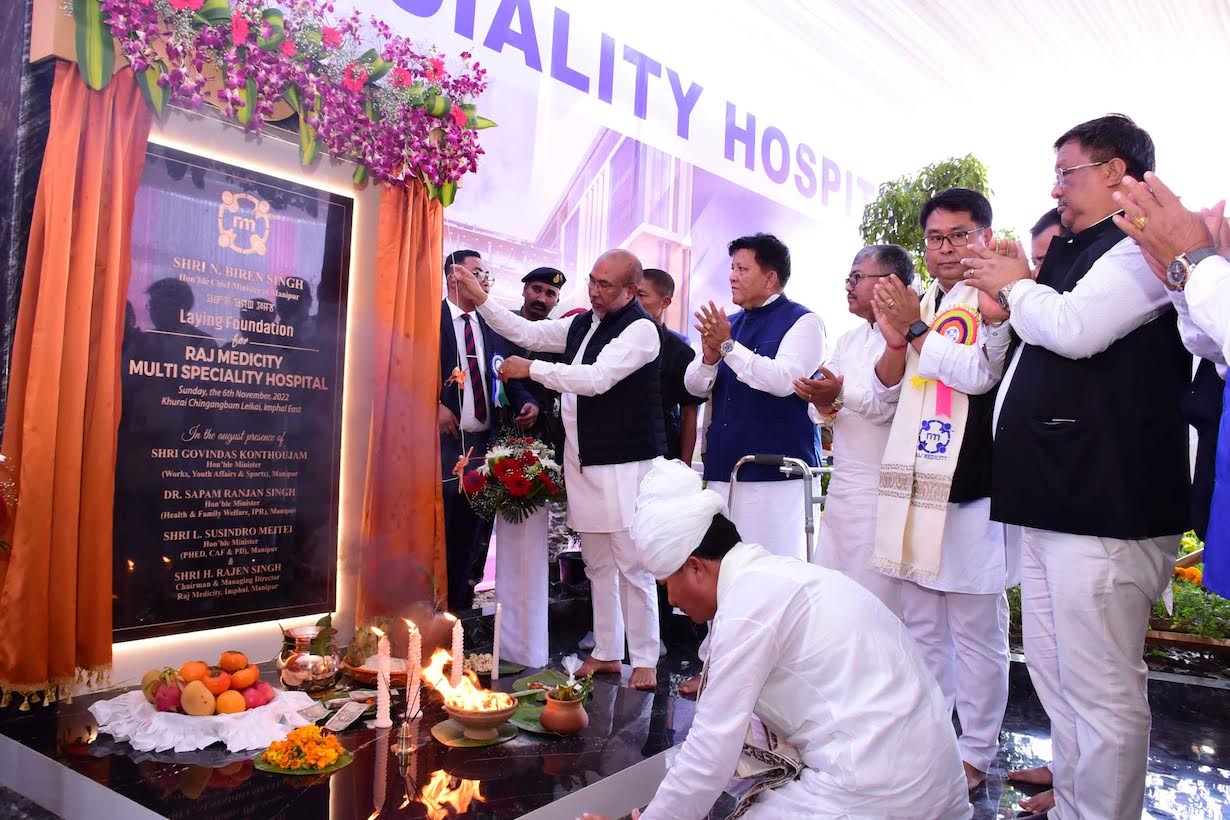 Imphal: Manipur Chief Minister N. Biren Singh said on Sunday his government is giving priority to the health education sector and plans to set up medical colleges in some more districts.

The state government initiative is a follow-up of Prime Minister Narendra Modi’s call for setting up medical colleges in every district of the country, N Biren said during the inauguration of a new wing of a private hospital.

With the increase in the MBBS seats from 100 to 150 at JNIMS and the opening of Churachandpur Medical College with 100 MBBS seats, the state can now produce around 500 MBBS in a year. This will solve the shortage of doctors in the state to some extent, he said.

The Chief Minister informed that over 700 villages have been covered under the Health For All scheme and testing and check-ups of more than three lakh people had been done. He added that early testing and diagnosis of diseases would help in the early treatment of various ailments.

N. Biren lauded the Prime Minister for putting much emphasis on the health sector, adding that the latter had taken a decision to use vernacular language as the medium of teaching and learning in the MBBS course. Such an initiative will help the students to learn more thoroughly about the subjects as one can learn more easily while being taught in our mother tongue.

Recalling the hardships faced by the people of the state during the COVID19 pandemic due to a lack of medical facilities, and shortages of oxygen cylinders and supply, the Chief Minister praised officials, doctors and other medical staff for their tireless efforts and contribution in successfully fighting the viral infection.

He also said the contributions made by some private hospitals in saving the lives of people during the pandemic can never be forgotten.

N. Biren also appealed to the doctors and other medical staff to maintain professionalism and ethics while performing their duties, as their services are very crucial for providing better healthcare facilities to the people.