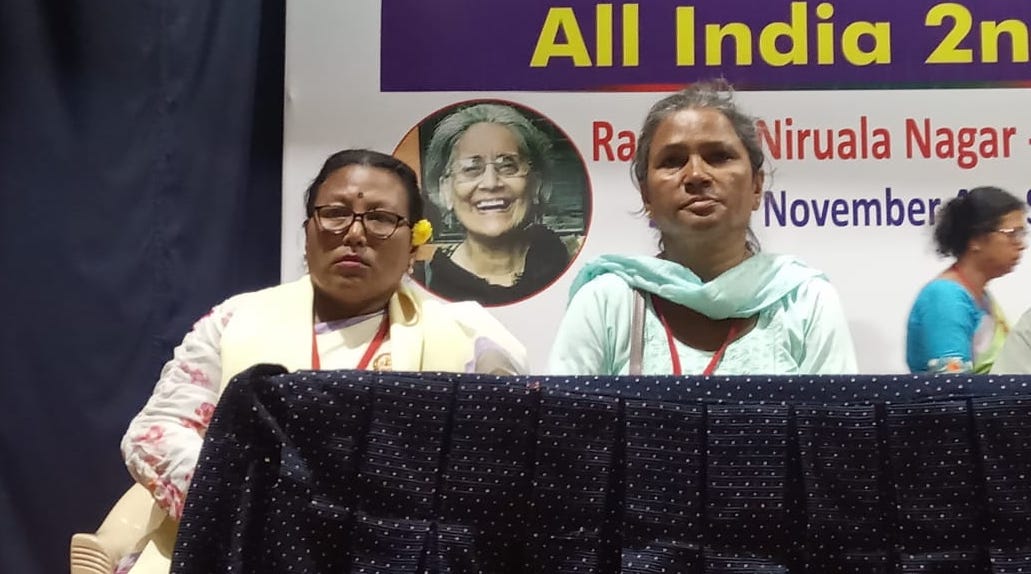 Imphal: A strong delegation of mid-day workers of Manipur has called for a united struggle to have basic rights for all mid-day meal workers in the country in the National Conference of Midday Meal Workers held at Hyderabad on Friday and Saturday.

Jamuna said the Conference of Mid Day Meal Workers’ Federation of India (MDMWFI) called for intensifying the fight for basic rights of 26 lakh mid-day meal workers of the country.

MDMWFI will hold a protest throughout India on December 11 next for minimum wages and pension for the workers who are now paid only Rs 1000 per month that too for ten months.

The Federation will oppose the efforts by the Central Government led by BJP to dismantle the MDM Scheme which is now named as PM POSHAN, by budget cuts, involving corporates and NGOs etc, she said.

Jamuna said the state delegates discussed a wide range of issues with the President of MDMWFI, S Varalakshmi, A R Sindhu, Secretary, CITU.

The delegates felt that said the government was working as a corporate and was trying to privatise the MDM Scheme in spite of increasing malnutrition and hunger. Jamuna called upon the delegates to strengthen the independent and joint movements for rights.

She stressed the worker-peasant unity to fight back against the anti-people policies of the central Government.

Nearly 260 delegates including 7 delegates from Manipur participated in the conference. The conference elected a 51-member working committee with Arambam Thoi Chanu and A. Manglemba from the All Manipur Mid-day Meal Workers’ Union.