Tanzania Business Insight newspaper reported that 43 people were on board, including 39 passengers and 4 crew members, with 26 people rescued so far. 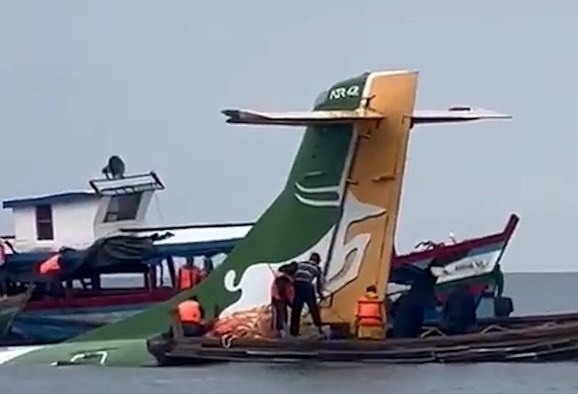 Dodoma: A passenger plane belonging to Tanzania’s Precision Air crashed into Lake Victoria while attempting to land, the air company said on Sunday.

“Precision Air flight no. PW 494, flying from Dar es Salaam to Bukoba, was involved in an accident as it was approaching Bukoba Airport. The rescue team has been dispatched to the scene and more information will be released in 2 hours’ time,” the air company tweeted.

Tanzania Business Insight newspaper reported that 43 people were on board, including 39 passengers and 4 crew members, with 26 people rescued so far.

The plane encountered a storm with heavy rain, which caused it to crash, according to the newspaper.