The Chief Minister also said that a Toll Free Number will be operated to facilitate farmers who are willing to utilise their paddy fields after the rice harvesting season. 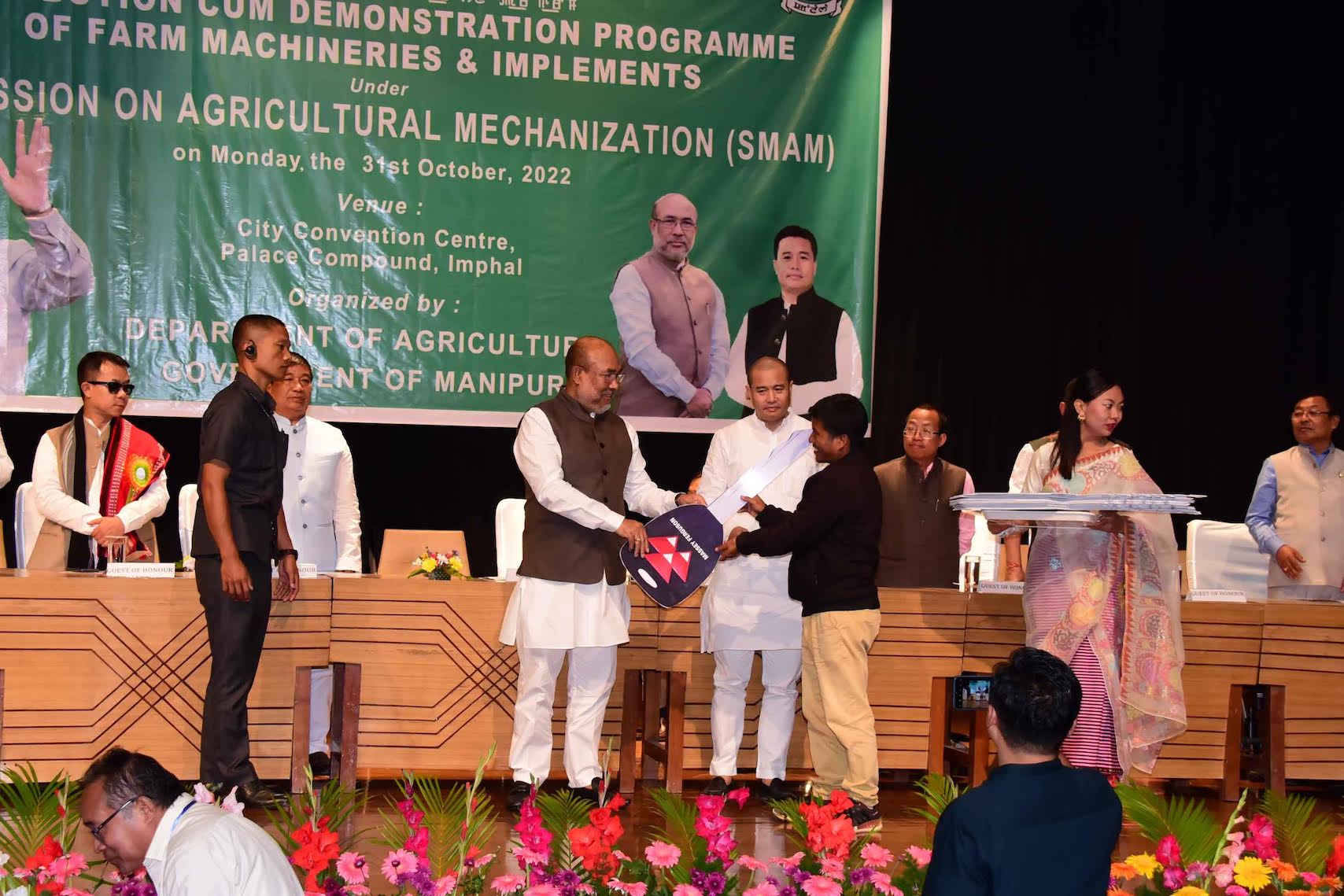 Imphal: Manipur Chief Minister N. Biren Singh has asked the farmers to use the best technology available and use land to the best level.

The paddy fields can be used for planting vegetables after harvesting rice, he added.

The Chief Minister also said that a Toll Free Number will be operated to facilitate farmers who are willing to utilise their paddy fields after the rice harvesting season.

Further seeking the farmers to heed to his call, the Chief Minister assured that the government will ensure provision of the farmers requirements including seeds and water.

N. Biren Singh also emphasised on the need for water harvesting during the monsoon and at the same time highlighted that ponds are being developed at various locations under the Sarovar Mission.

Government is also focusing on various sector so that Manipur also contributes in this movement for self-reliance, he said highlighting the recently held Fish Mela where several fish varieties including indigenous ones were made available and the export of various items including black rice.

The Chief Minister further emphasised that Rs. 80 crore has allocated so that local rice varieties are bought from the farmers and provided again to the people with subsidy from the Central government.

N. Biren also emphasised on the need to minimise use of chemical fertilizers and instead encourage cattle rearing and organic fertilizer.

Agriculture Minister Thongam Biswajit Singh said that if we deliberate on why we are losing paddy fields, we can see that it is due to non-productivity and the farmers looking for alternatives.

Today, the government is promoting digital and natural farming and considering ways on how to enhance productivity and increase income of the farmers through use of technology like drones to save the paddy fields, he said.

The Minister further said that the Agriculture department is all set to take up four types of demonstrations at different parts of the State including natural farming through use of cow manure, organic farming through use of vermin-compose and others and farming using nano fertilizers and farming using fertilizers so that we can compare the productions.

Biswajit also urged the farmers against excessive use of chemical fertilizers as it leads to several health issues, and to instead focus and encourage natural and organic farmings.

Commissioner Agriculture RK Dinesh said SMAM is centrally sponsored scheme launched in 2014-15 by the Ministry of Agriculture and Family Welfare.

The main objective of SMAM is to maximise use of mechanisation in farming, he said adding that the power availability per ha is 2kW/ha (approx) in 2013-14 which is to be increased to 4.0 kW/ha by 2022. He further explained how farmers can avail the scheme and subsidies provided under the scheme.

The Chief Minister also inspected the Farm machineries and Implements and a demonstration of the farm drone was showcased as part of the function.